Atrial fibrillation is the most common clinical cardiac arrhythmia. It is often initiated by ectopic beats arising from the pulmonary veins and atrium, but the source and mechanism of these beats remains unclear. The melanin synthesis enzyme dopachrome tautomerase (DCT) is involved in intracellular calcium and reactive species regulation in melanocytes. Given that dysregulation of intracellular calcium and reactive species has been described in patients with atrial fibrillation, we investigated the role of DCT in this process. Here, we characterize a unique DCT-expressing cell population within murine and human hearts that populated the pulmonary veins, atria, and atrioventricular canal. Expression profiling demonstrated that this population expressed adrenergic and muscarinic receptors and displayed transcriptional profiles distinct from dermal melanocytes. Adult mice lacking DCT displayed normal cardiac development but an increased susceptibility to atrial arrhythmias. Cultured primary cardiac melanocyte-like cells were excitable, and those lacking DCT displayed prolonged repolarization with early afterdepolarizations. Furthermore, mice with mutations in the tyrosine kinase receptor Kit lacked cardiac melanocyte-like cells and did not develop atrial arrhythmias in the absence of DCT. These data suggest that dysfunction of melanocyte-like cells in the atrium and pulmonary veins may contribute to atrial arrhythmias. 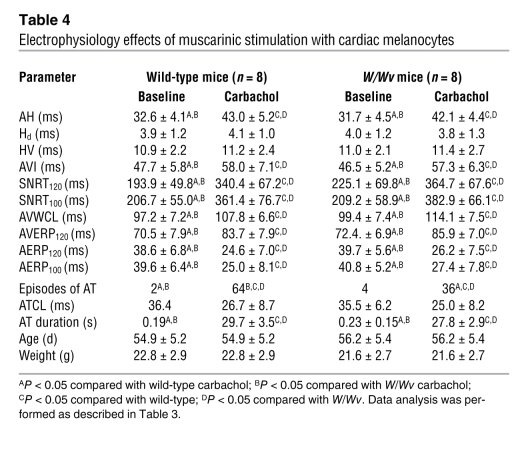