Although many self-reactive T cells are eliminated by negative selection in the thymus, some of these cells escape into the periphery, where they must be controlled by additional mechanisms. However, the molecular mechanisms underlying peripheral T cell tolerance and its maintenance remain largely undefined. In this study, we report that sirtuin 1 (Sirt1), a type III histone deacetylase, negatively regulates T cell activation and plays a major role in clonal T cell anergy in mice. In vivo, we found that loss of Sirt1 function resulted in abnormally increased T cell activation and a breakdown of CD4+ T cell tolerance. Conversely, upregulation of Sirt1 expression led to T cell anergy, in which the activity of the transcription factor AP-1 was substantially diminished. Furthermore, Sirt1 interacted with and deacetylated c-Jun, yielding an inactive AP-1 factor. In addition, Sirt1-deficient mice were unable to maintain T cell tolerance and developed severe experimental allergic encephalomyelitis as well as spontaneous autoimmunity. These findings provide insight into the molecular mechanisms of T cell activation and anergy, and we suggest that activators of Sirt1 may be useful as therapeutic agents for the treatment and/or prevention of autoimmune diseases. 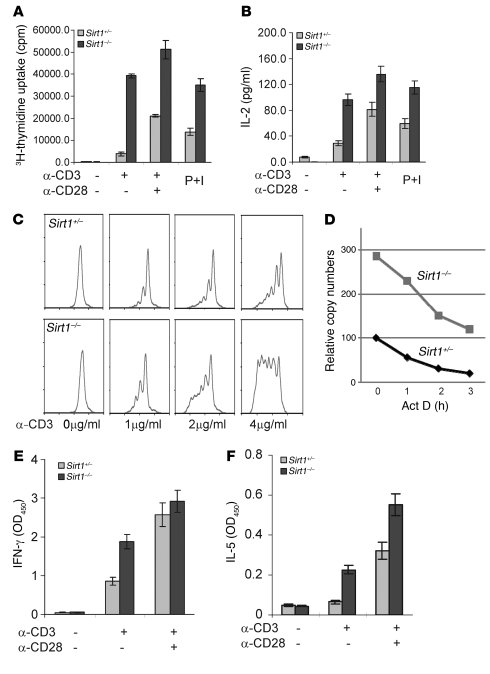