During the last 20 years of neuroscience research, we have witnessed a fundamental shift in the conceptualization of psychiatric disorders, with the dominant psychological and neurochemical theories of the past now complemented by a growing emphasis on developmental, genetic, molecular, and brain circuit models. Facilitating this evolving paradigm shift has been the growing contribution of functional neuroimaging, which provides a versatile platform to characterize brain circuit dysfunction underlying specific syndromes as well as changes associated with their successful treatment. Discussed here are converging imaging findings that established a rationale for testing a targeted neuromodulation strategy, deep brain stimulation, for treatment-resistant major depression. 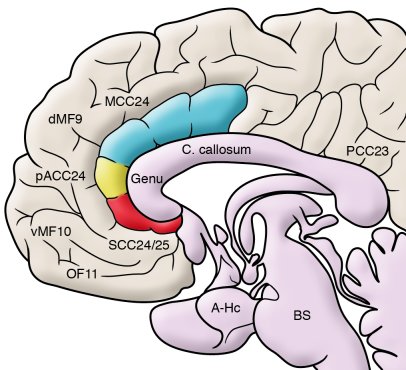