Schematic of the lens and its cellular organization. 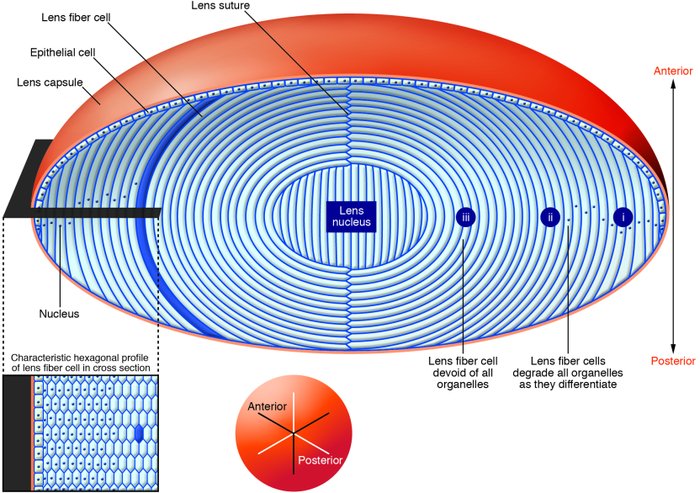