Properties of single-channel currents of TRPA1 activated by intracellular alkaline pH in the inside-out configuration. 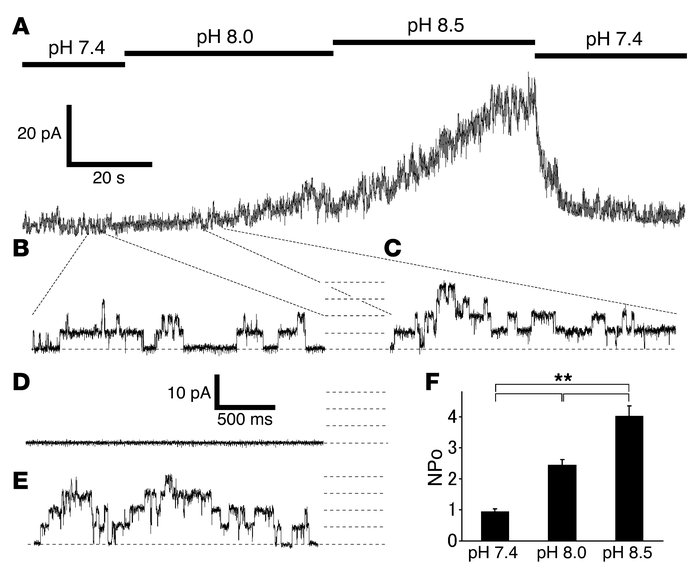