Hedgehog (HH) signaling has emerged as a critical pathway involved in the pathogenesis of a variety of tumors. As a result, HH antagonists are currently being evaluated as potential anticancer therapeutics. Conversely, activation of HH signaling in the adult heart may be beneficial, as HH agonists have been shown to increase coronary vessel density and improve coronary function after myocardial infarction. To investigate a potential homeostatic role for HH signaling in the adult heart, we ablated endogenous HH signaling in murine myocardial and perivascular smooth muscle cells. HH signaling was required for proangiogenic gene expression and maintenance of the adult coronary vasculature in mice. In the absence of HH signaling, loss of coronary blood vessels led to tissue hypoxia, cardiomyocyte cell death, heart failure, and subsequent lethality. We further showed that HH signaling specifically controlled the survival of small coronary arteries and capillaries. Together, these data demonstrate that HH signaling is essential for cardiac function at the level of the coronary vasculature and caution against the use of HH antagonists in patients with prior or ongoing heart disease.

SHH and PTC1 expression in the adult heart. 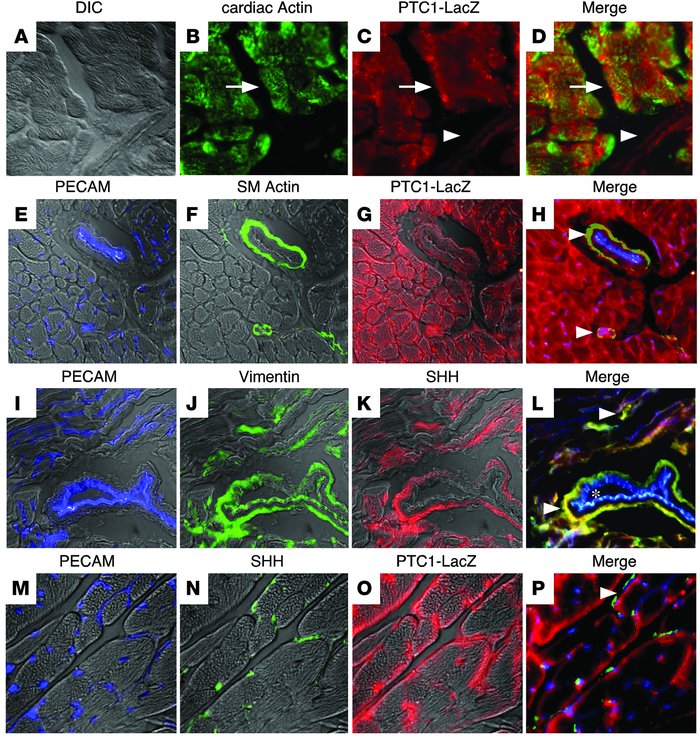