Astrogliosis is a pathological hallmark of the epileptic brain. The identification of mechanisms that link astrogliosis to neuronal dysfunction in epilepsy may provide new avenues for therapeutic intervention. Here we show that astrocyte-expressed adenosine kinase (ADK), a key negative regulator of the brain inhibitory molecule adenosine, is a potential predictor and modulator of epileptogenesis. In a mouse model of focal epileptogenesis, in which astrogliosis is restricted to the CA3 region of the hippocampus, we demonstrate that upregulation of ADK and spontaneous focal electroencephalographic seizures were both restricted to the affected CA3. Furthermore, spontaneous seizures in CA3 were mimicked in transgenic mice by overexpression of ADK in this brain region, implying that overexpression of ADK without astrogliosis is sufficient to cause seizures. Conversely, after pharmacological induction of an otherwise epileptogenesis-precipitating acute brain injury, transgenic mice with reduced forebrain ADK were resistant to subsequent epileptogenesis. Likewise, ADK-deficient ES cell–derived brain implants suppressed astrogliosis, upregulation of ADK, and spontaneous seizures in WT mice when implanted after the epileptogenesis-precipitating brain injury. Our findings suggest that astrocyte-based ADK provides a critical link between astrogliosis and neuronal dysfunction in epilepsy. 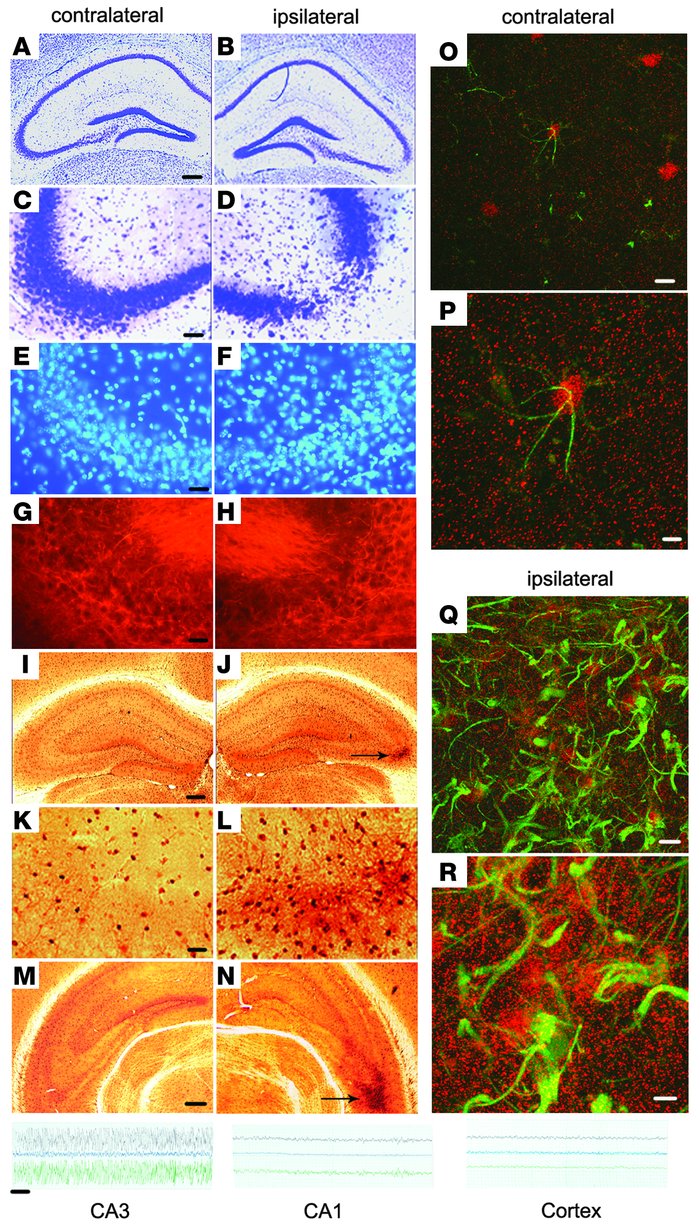