Decreased mitochondrial density in the skeletal muscle of mice fed the HFHSD for 16 weeks. 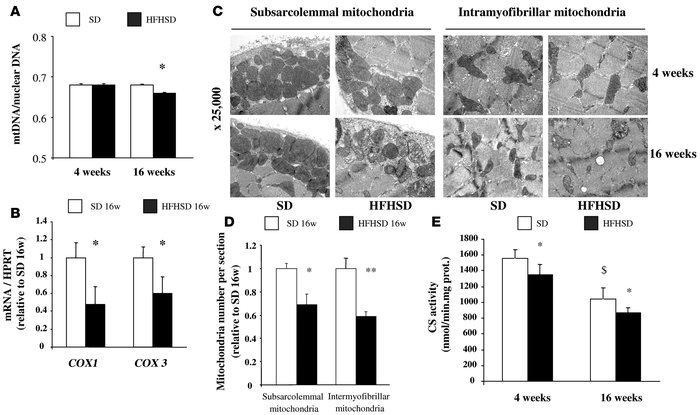