The role of retinal microglial cells (MCs) in age-related macular degeneration (AMD) is unclear. Here we demonstrated that all retinal MCs express CX3C chemokine receptor 1 (CX3CR1) and that homozygosity for the CX3CR1 M280 allele, which is associated with impaired cell migration, increases the risk of AMD. In humans with AMD, MCs accumulated in the subretinal space at sites of retinal degeneration and choroidal neovascularization (CNV). In CX3CR1-deficient mice, MCs accumulated subretinally with age and albino background and after laser impact preceding retinal degeneration. Raising the albino mice in the dark prevented both events. The appearance of lipid-bloated subretinal MCs was drusen-like on funduscopy of senescent mice, and CX3CR1-dependent MC accumulation was associated with an exacerbation of experimental CNV. These results show that CX3CR1-dependent accumulation of subretinal MCs evokes cardinal features of AMD. These findings reveal what we believe to be a novel pathogenic process with important implications for the development of new therapies for AMD. 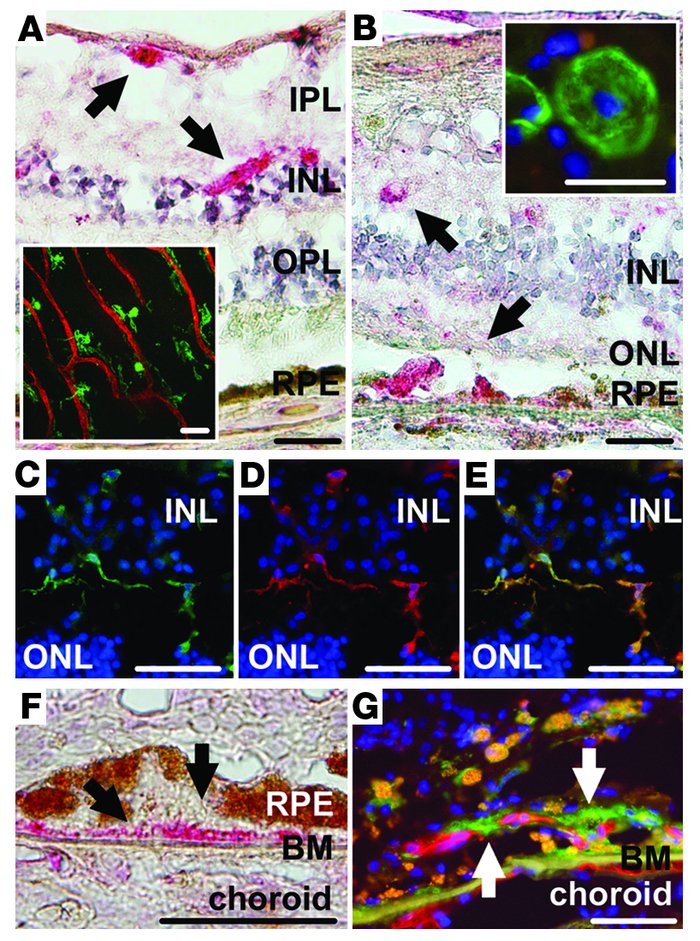