Molecular pathways of macrophage polarization and their role in tumor progression. 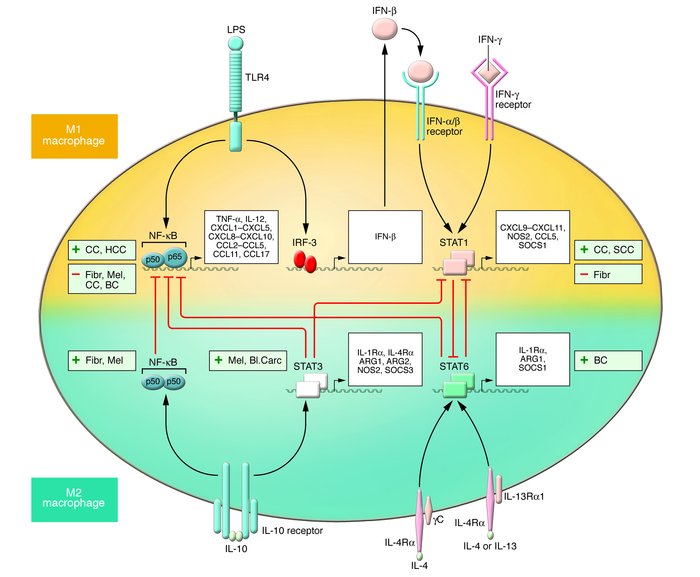