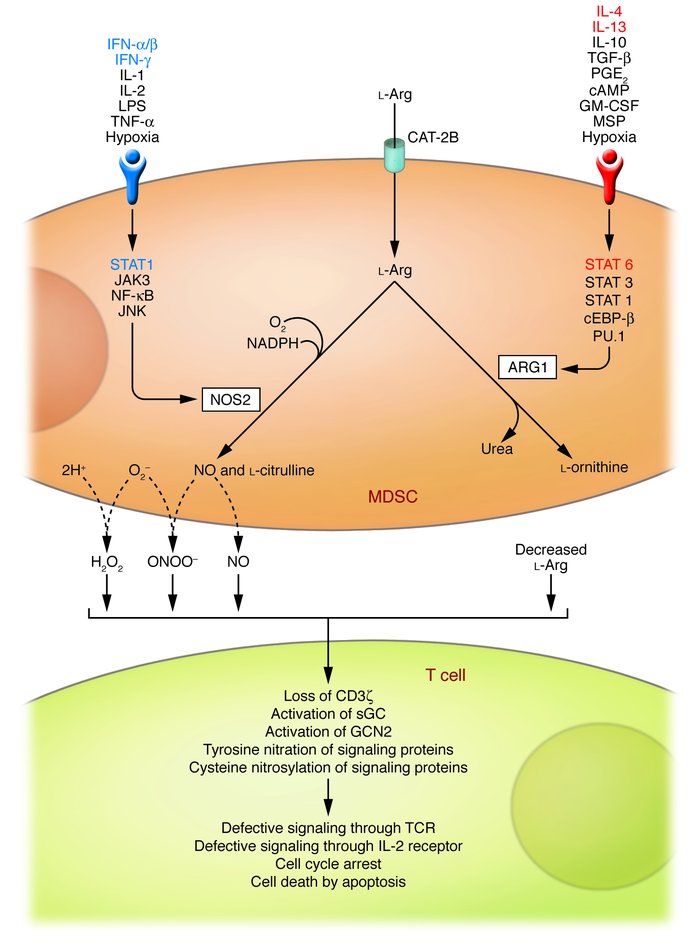 -Arg enters MDSCs through a cationic amino acid transporter (CAT-2B) and is mainly metabolized by the inducible forms of NOS and ARG (i.e., NOS2 and ARG1, respectively) although the contribution of other isoforms cannot be ruled out. Depending on the balance between these enzymes, depletion of extracellular -Arg concentration, NO release, and enhanced production of reactive oxygen and nitrogen species (for example, O2– and H2O2, and ONOO–, respectively) can ensue. T cells that are activated in the MDSC-conditioned environment stop proliferating and eventually die by apoptosis through pathways involving activation of general control nonderepressible 2 (GCN2) and soluble guanylate cyclase (sGC); tyrosine nitration and S-cysteine nitrosylation of various proteins; loss of CD3ζ; and interference with the IL-2R signaling pathway (reviewed in ref. ). cEBP-β, CCAAT enhancer–binding protein β; MSP, macrophage-stimulating protein.