The proximal promoter region mediates inducible expression of the gene. 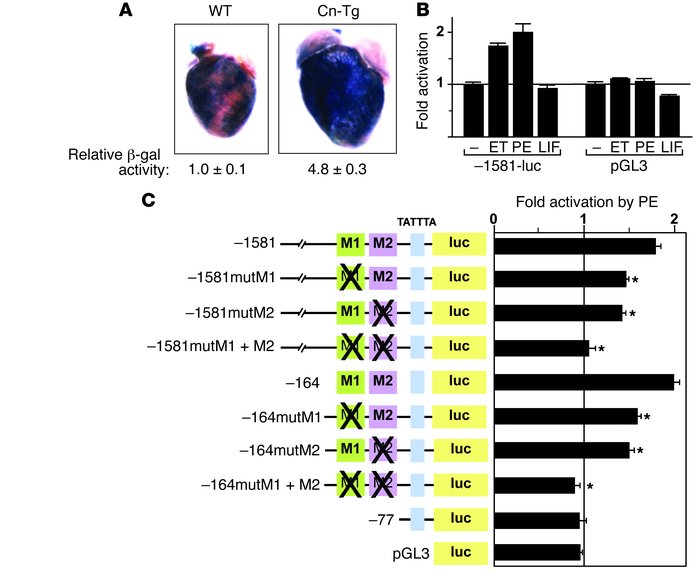 () LacZ staining and activity ( = 4) of adult Tg mouse hearts carrying construct 1 in wild-type or Cn-Tg mice. Original magnification, ×2. () Luciferase activity of cardiomyocytes transfected with –1581STARS-Luc or control pGL3 treated with 100 nM ET, 100 μM PE, or 1 nM leukemia inhibitory factor (LIF) for 24 hours. () Luciferase activity of cardiomyocytes transfected with –1581- or –164-luc with or without mutations in the M1 or M2 regions and treated with 100 μM PE for 24 hours. * < 0.05 versus the reporter without mutation.