Sphingosine 1–phosphate (S1P), a multifunctional lipid mediator that signals via the S1P family of G protein–coupled receptors (S1PR), regulates vascular maturation, permeability, and angiogenesis. In this study, we explored the role of S1P 2 receptor (S1P2R) in normal vascularization and hypoxia-triggered pathological angiogenesis of the mouse retina. S1P2R is strongly induced in ECs during hypoxic stress. When neonatal mice were subjected to ischemia-driven retinopathy, pathologic neovascularization in the vitreous chamber was suppressed in S1p2–/– mice concomitant with reduction in endothelial gaps and inflammatory cell infiltration. In addition, EC patterning and normal revascularization into the avascular zones of the retina were augmented. Reduced expression of the proinflammatory enzyme cyclooxygenase-2 (COX-2) and increased expression of eNOS were observed in the S1p2–/– mouse retina. S1P2R activation in ECs induced COX-2 expression and suppressed the expression of eNOS. These data identify the S1P2R-driven inflammatory process as an important molecular event in pathological retinal angiogenesis. We propose that antagonism of the S1P2R may be a novel therapeutic approach for the prevention and/or treatment of pathologic ocular neovascularization. 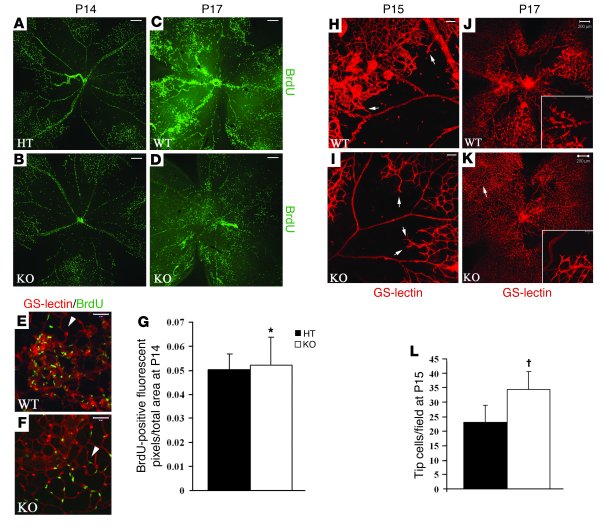