Over the past few decades, corticotropin-releasing factor (CRF) signaling pathways have been shown to be the main coordinators of the endocrine, behavioral, and immune responses to stress. Emerging evidence also links the activation of CRF receptors type 1 and type 2 with stress-related alterations of gut motor function. Here, we review the role of CRF receptors in both the brain and the gut as part of key mechanisms through which various stressors impact propulsive activity of the gastrointestinal system. We also examine how these mechanisms translate into the development of new approaches for irritable bowel syndrome, a multifactorial disorder for which stress has been implicated in the pathophysiology.

Overview of the family of peptides related to CRF and their receptors and receptor antagonists. 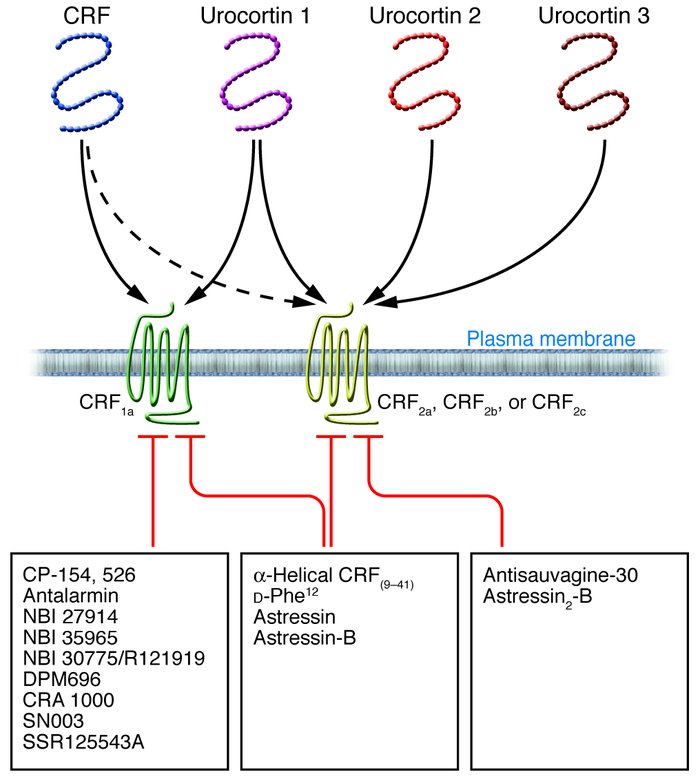