The physician-scientist, the state, and the oath: thoughts for our times

The physician-scientist, the state, and the oath: thoughts for our times

Triggered by an encounter with survivors of the studies on twins conducted in Auschwitz by Joseph Mengele, who held both MD and PhD degrees, I offer thoughts on the extraordinary powers physician-scientists have to enhance or degrade human dignity. Biomedical science lacks intrinsic morality, but attains moral status by virtue of its purpose and the ethical framework that controls its conduct, both of which derive from the principles of medical humanism codified in the physician’s oath. Physician-scientists have responsibilities to humankind that transcend the state. Careful analysis of historical examples of abuses of human rights committed in the name of medical science or the state is an important mechanism to safeguard current and future human participants.

The intertwined relationship between humanism and science in medicine as depicted in the caduceus. 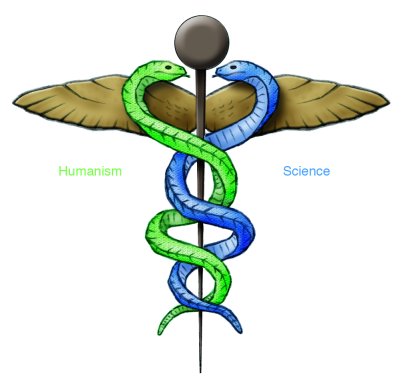