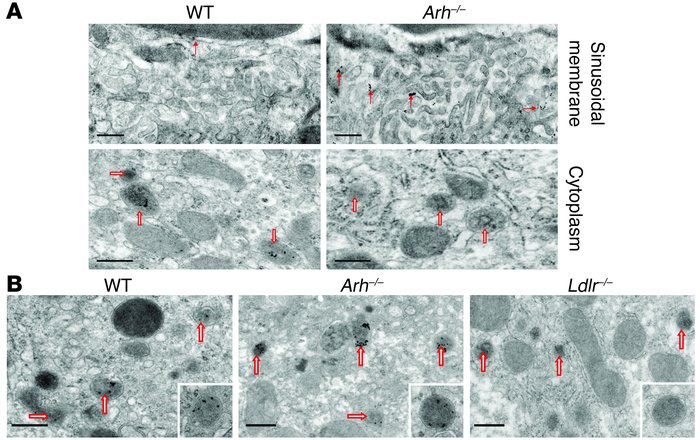 Mice were injected via the tail vein with 50 μg of colloidal gold–labeled human LDL or rabbit β-VLDL. After 2 hours, mice were sacrificed. Livers were perfused, fixed, and then processed for electron microscopy as described in Methods. Solid arrows indicate gold particles associated with villi on the sinusoidal membrane, and open arrows indicate endosomes. Scale bars: 0.5 μm.