VLDL production rates of , , and wild-type mice on normal chow and high-sucrose diets. 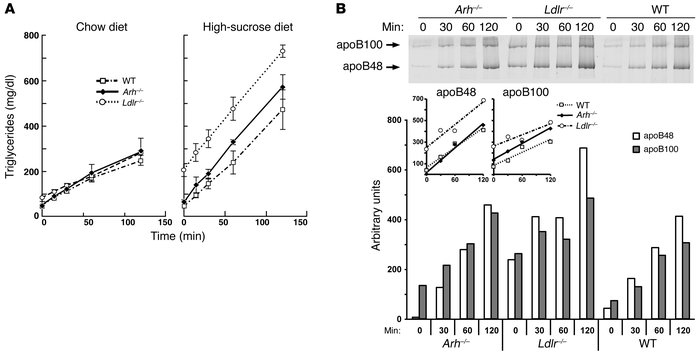