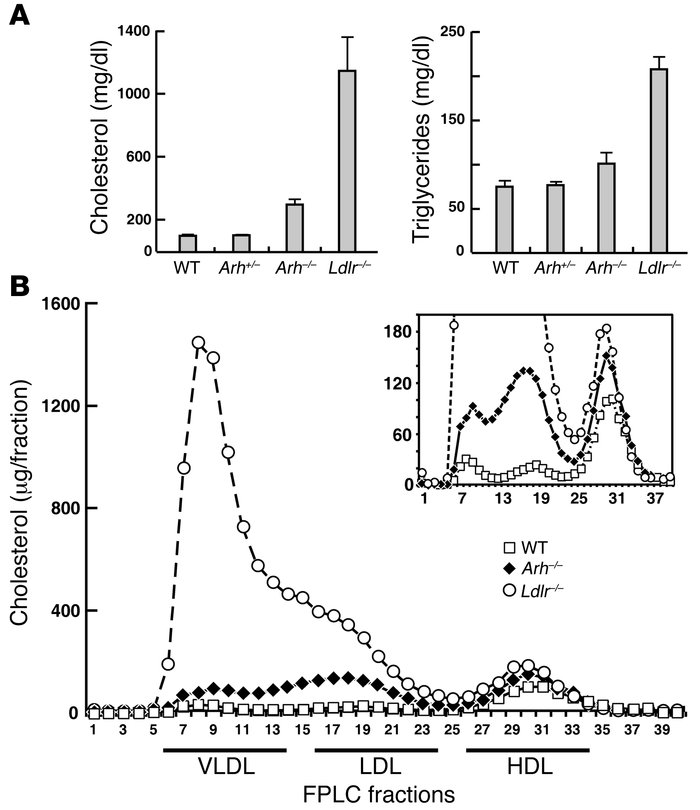 Male , , and wild-type littermates, ages 16–18 weeks, and age-matched mice ( = 6 per genotype) were fed a high-sucrose diet for 6 weeks. Mice were sacrificed and blood was drawn from the inferior vena cava. Individual plasma cholesterol and triglyceride levels () were measured as described in Methods, and the means ± SEM are given. () Aliquots of plasma from the animals in each group were pooled and size fractionated by FPLC. The cholesterol content of each fraction was measured as described ().