HSJ1b increases BDNF processing from the Golgi to the cytoplasm. 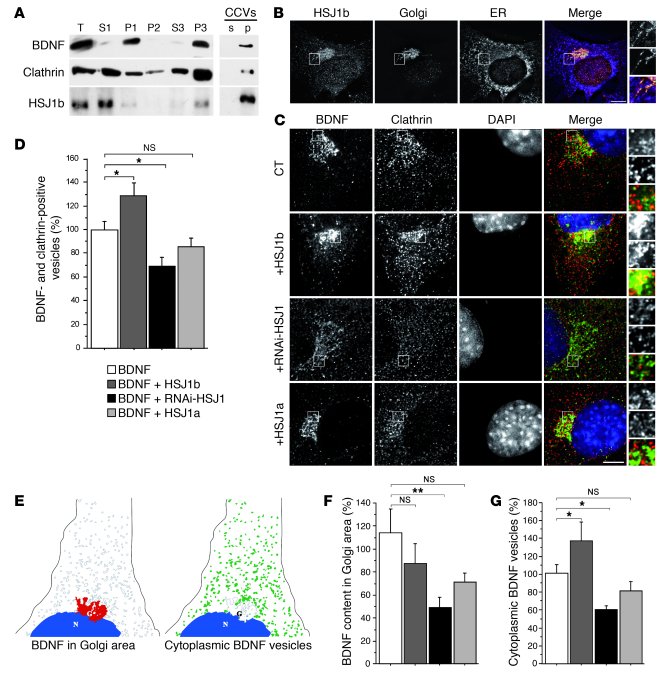