The price of smoking 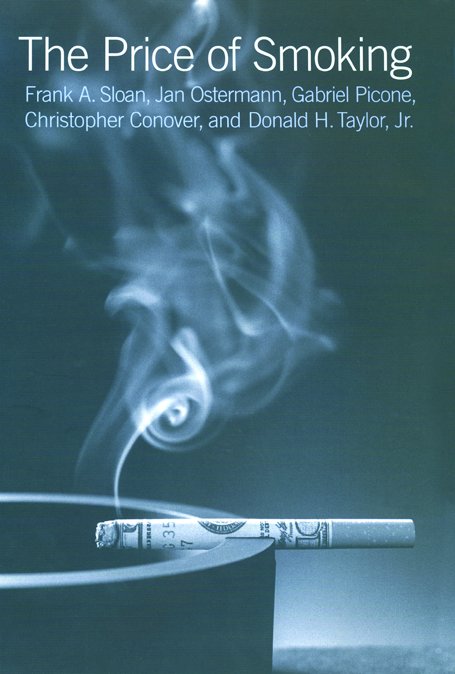 Heart attacks, several forms of cancer, and chronic obstructive pulmonary diseases due to cigarette smoking remain among the major causes of mortality and morbidity in the United States and other countries. In spite of this, 50 million Americans continue to smoke, which makes it impossible to tackle this highly preventable cause of death. Freedom of choice has always been the major reason for keeping cigarettes flowing in our society. But using freedom of choice and self-inflicted injury as arguments for justifying continued cigarette consumption loses validity when smoking becomes an overhead that society must find a way to pay for. Health economics is a major factor in framing public health policy and legislation. So, what is the price of smoking? How much does the individual smoker pay, and what is the financial burden on others in society, including those exposed to the effects of secondhand smoke and faced with the resultant rising costs to Medicare, Medicaid, and Social Security?

Frank Sloan and his coauthors, Jan Ostermann, Christopher Conover, Donald H. Taylor Jr., and Gabriel Picone have undertaken a thorough and systematic analysis of the health economics of lifetime smoking. While most previous studies have taken a cross-sectional approach, The price of smoking is based on a longitudinal study — the 1998 Health and Retirement Study — conducted by the University of Michigan and the Assets and Health Dynamics among the Oldest Old (AHEAD) and on the 1998 National Health Interview Survey.

The data in this book are based on present value of loss for men and women who are smokers at the age of 24. One factor that is distinct in this study is the calculation of “quasi-external cost,” which the authors define as the cost of freedom of choice to the family members of smokers, including children who are nonsmokers. In their longitudinal analysis of lifetime smoking, the authors estimate that the social cost of smoking, which is a sum of purely private, quasi-external, and external costs (the latter determined by excise tax) for a 24-year-old person turns out to be $39.66 per pack of cigarettes. The cost to Medicare, Medicaid, and Social Security is substantial. The quasi-external cost of smoking to the spouse of a 24-year-old who smokes comes to a staggering $28 billion. After considering these numbers and the amount of people who turn 24 each year and smoke, the authors of this book have predicted that the national external and quasi-external lifetime cost per year is $13.8 billion for females and $32.8 billion for males. Thus, with each new cohort of 24-year-old smokers in the United States there is an additional $204 billion of lifetime costs. These staggering expenses in light of the high number of smokers in the country make a convincing argument for rethinking the issue of public health policy making. Federal and state cigarette excise taxes have increased dramatically over the years. The calculations made by Sloan and his coauthors provide an analytical reason for such increases.

Readers should be cautioned that the monetary estimates in similar but different studies on the cost of smoking vary greatly. The approximations presented by Sloan and his coauthors are likely to cause some controversy, because the cost effect on Medicaid and Medicare is estimated to be relatively small in this compared with other studies.

The book ends with a strong message: both smokers and society will face a huge financial expense. The young smokers are unaware of this when they start smoking. Individuals who decide to smoke will have to live with the fact that smoking is not only cutting into their personal finances but will also have a huge impact on the national expenditure.

The book makes an excellent reference for researchers and workers in health economics, tobacco control legislation, and public policy. Even though the major part of the book deals with economics, it is enjoyable for social scientists and lay readers interested in learning about the social cost of smoking. Dissemination of such information in real dollar amounts (even though not precise) may be a creative way of discouraging the initiation of smoking.