The kidney not only regulates fluid and electrolyte balance but also functions as an endocrine organ. For instance, it is the major source of circulating erythropoietin and renin. Despite currently available therapies, there is a marked increase in cardiovascular morbidity and mortality among patients suffering from end-stage renal disease. We hypothesized that the current understanding of the endocrine function of the kidney was incomplete and that the organ might secrete additional proteins with important biological roles. Here we report the identification of a novel flavin adenine dinucleotide–dependent amine oxidase (renalase) that is secreted into the blood by the kidney and metabolizes catecholamines in vitro (renalase metabolizes dopamine most efficiently, followed by epinephrine, and then norepinephrine). In humans, renalase gene expression is highest in the kidney but is also detectable in the heart, skeletal muscle, and the small intestine. The plasma concentration of renalase is markedly reduced in patients with end-stage renal disease, as compared with healthy subjects. Renalase infusion in rats caused a decrease in cardiac contractility, heart rate, and blood pressure and prevented a compensatory increase in peripheral vascular tone. These results identify renalase as what we believe to be a novel amine oxidase that is secreted by the kidney, circulates in blood, and modulates cardiac function and systemic blood pressure. 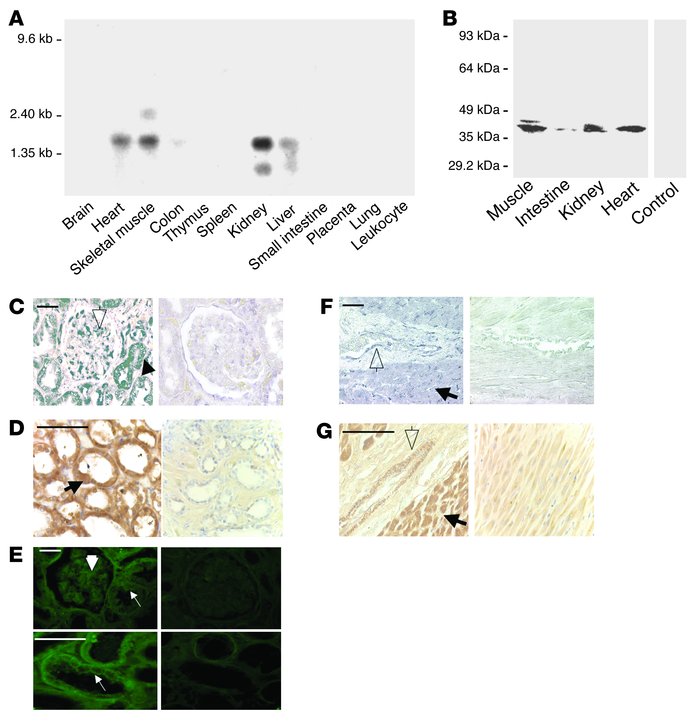