Insulin secretion is critically dependent on the proper function of a complex molecular network. CaV2.3-knockout (CaV2.3–/–) and PKCλ-knockout (PKCλ–/–) mouse models now suggest that these 2 players, the Cav2.3 channel and PKCλ, are important constituents of this molecular network. Subsequent to glucose stimulation, insulin is released from the pancreatic β cell in a biphasic pattern, i.e., a rapid initial phase followed by a slower, more sustained phase. Interestingly, Ca2+ influx through the CaV2.3 channel regulates only the second phase of insulin secretion. PKCλ seems to enter the β cell nucleus and in turn modulates the expression of several genes critical for β cell secretory function. Studies by Hashimoto et al. and Jing et al. in this issue of the JCI set out to answer the question of why numerous isoforms of proteins with similar functions are present in the β cell. This is important, since it has been difficult to understand the modulatory and/or regulatory roles of different isoforms of proteins in defined subcellular compartments and at various times during the secretory process in both β cell physiology and pathophysiology. 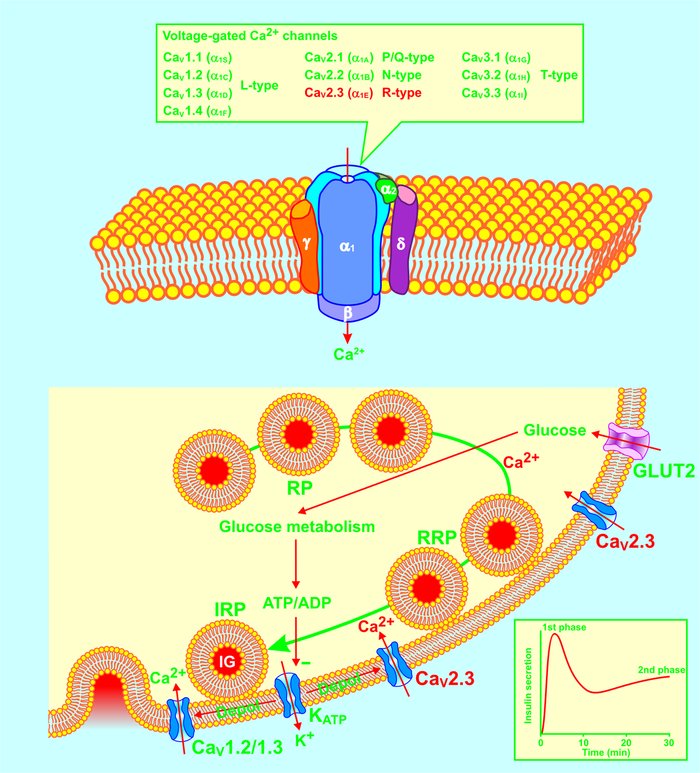