CD4+CD25+ Tregs are important in the maintenance of immunological self tolerance and in the prevention of autoimmune diseases. As the CD4+CD25+ T cell population in patients with human T cell lymphotropic virus type I–associated (HTLV-I–associated) myelopathy/tropical spastic paraparesis (HAM/TSP) has been shown to be a major reservoir for this virus, it was of interest to determine whether the frequency and function of CD4+CD25+ Tregs in HAM/TSP patients might be affected. In these cells, both mRNA and protein expression of the forkhead transcription factor Foxp3, a specific marker of Tregs, were lower than those in CD4+CD25+ T cells from healthy individuals. The virus-encoded transactivating HTLV-I tax gene was demonstrated to have a direct inhibitory effect on Foxp3 expression and function of CD4+CD25+ T cells. This is the first report to our knowledge demonstrating the role of a specific viral gene product (HTLV-I Tax) on the expression of genes associated with Tregs (in particular, foxp3) resulting in inhibition of Treg function. These results suggest that direct human retroviral infection of CD4+CD25+ T cells may be associated with the pathogenesis of HTLV-I–associated neurologic disease. 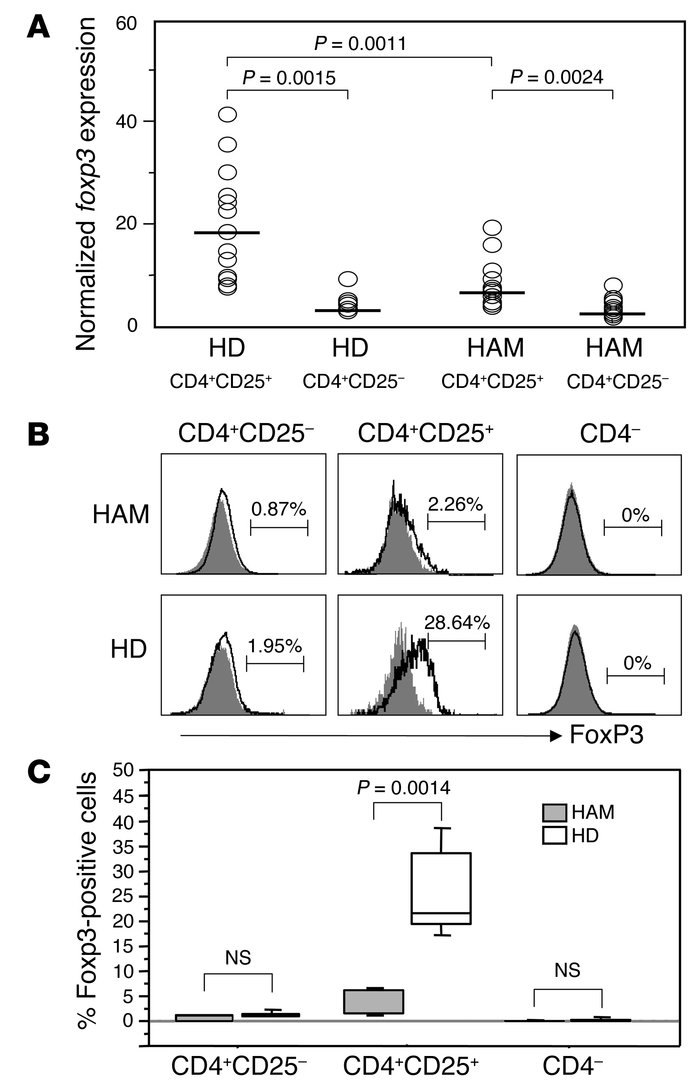