Joint ankylosis is a major cause of disability in the human spondyloarthropathies. Here we report that this process partially recapitulates embryonic endochondral bone formation in a spontaneous model of arthritis in DBA/1 mice. Bone morphogenetic protein (BMP) signaling appears to be a key molecular pathway involved in this pathological cascade. Systemic gene transfer of noggin, a BMP antagonist, is effective both as a preventive and a therapeutic strategy in the mouse model, mechanistically interfering with enthesial progenitor cell proliferation in early stages of the disease process. Immunohistochemical staining for phosphorylated smad1/5 in enthesial biopsies of patients with spondyloarthropathy reveals active BMP signaling in similar target cells. Our data suggest that BMP signaling is an attractive therapeutic target for interfering with structural changes in spondyloarthropathy either as an alternative or complementary approach to current antiinflammatory treatments. 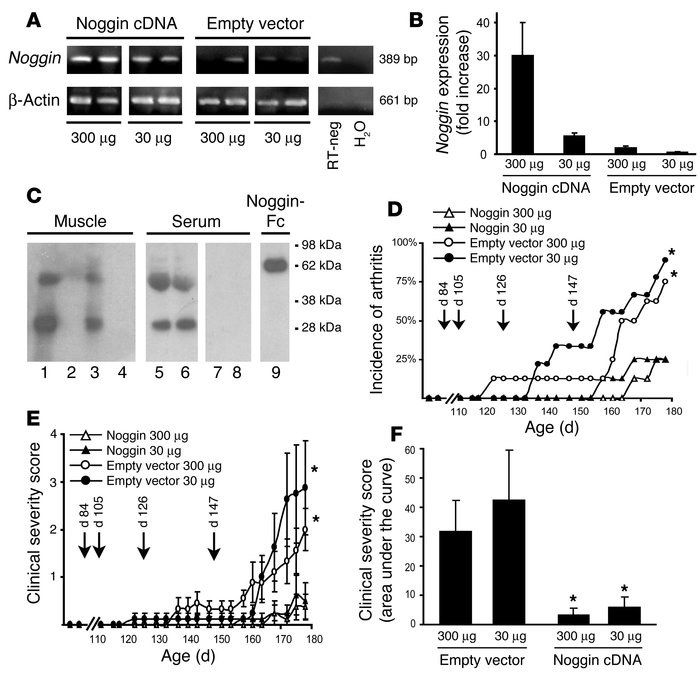