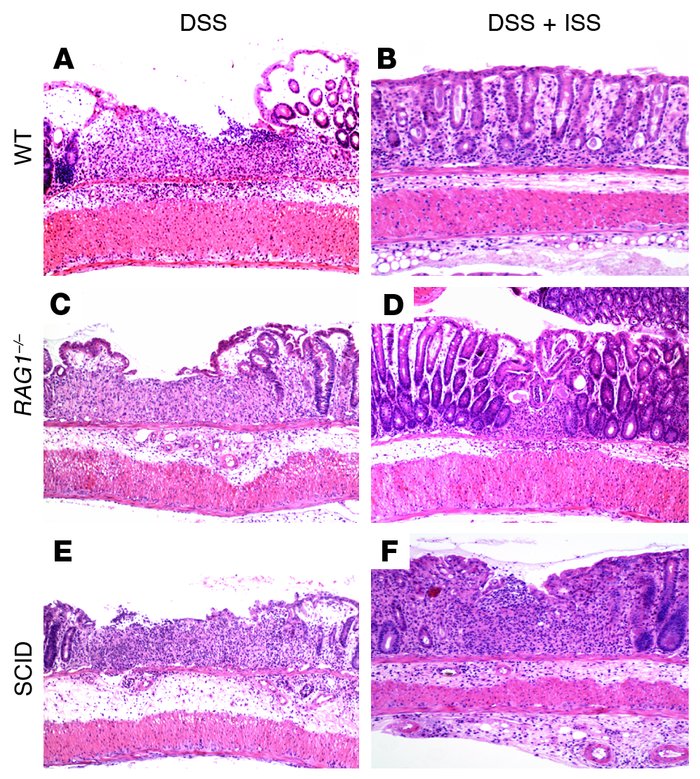 Histological evaluation. (–) WT mice ( and ), mice ( and ), and SCID mice ( and ) were treated with ISS-ODN (DSS + ISS; , , and ) or were injected with saline (DSS; , , and ) and 2 hours later were given 1.5% DSS in the drinking water. After 7 days, paraffin sections of the colon were prepared and stained with H&E. In WT and mice, ISS treatment markedly attenuated colitis, as shown by the absence of mucosal ulceration and inflammatory cell infiltration in the same strain not treated with ISS ( and ). In contrast, SCID mice exhibited extensive mucosal ulceration and inflammatory cell infiltration into mucosa, submucosa, and muscle regardless of ISS treatment ( and ).