Spinal muscular atrophy (SMA) is a frequent recessive autosomal disorder. It is caused by mutations or deletion of the telomeric copy of the survival motor neuron (SMN) gene, leading to depletion in SMN protein levels. The treatment rationale for SMA is to halt or delay the degeneration of motor neurons, but to date there are no effective drug treatments for this disease. We have previously demonstrated that pseudotyping of the nonprimate equine infectious anemia virus (using the lentivector gene transfer system) with the glycoprotein of the Evelyn-Rokitnicki-Abelseth strain of the rabies virus confers retrograde axonal transport on these vectors. Here, we report that lentivector expressing human SMN was successfully used to restore SMN protein levels in SMA type 1 fibroblasts. Multiple single injections of a lentiviral vector expressing SMN in various muscles of SMA mice restored SMN to motor neurons, reduced motor neuron death, and increased the life expectancy by an average of 3 and 5 days (20% and 38%) compared with LacZ and untreated animals, respectively. Further extension of survival by SMN expression constructs will likely require a knowledge of when and/or where high levels of SMN are needed. 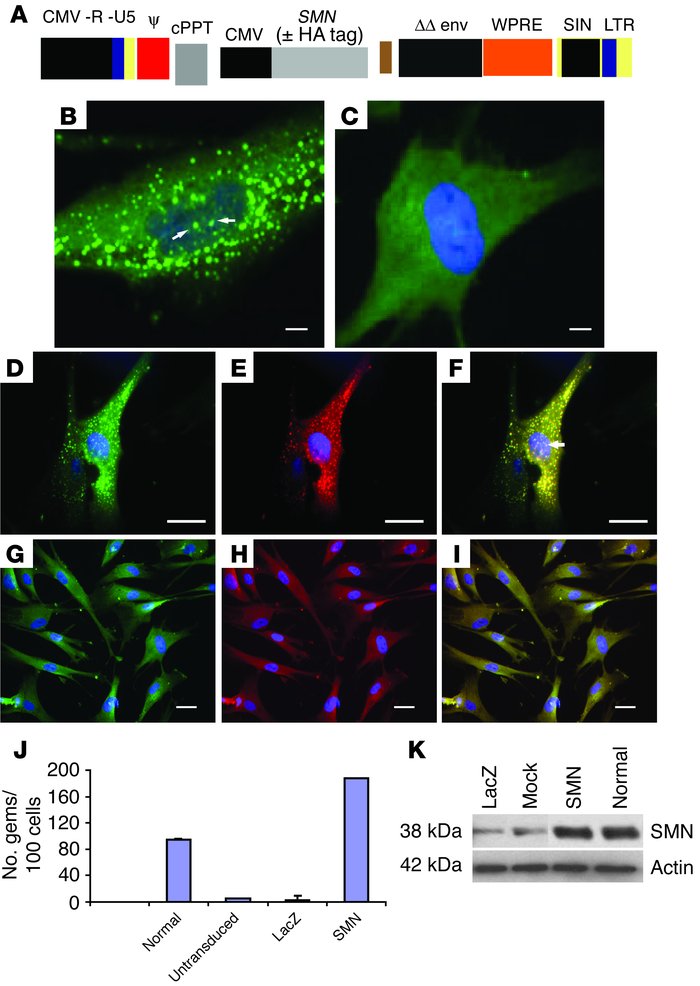