The role of human NK cells in viral infections is poorly understood. We used a cytokine flow-cytometry assay to simultaneously investigate the IFN-γ response of NK and T lymphocytes to influenza A virus (fluA). When PBMCs from fluA-immune adult donors were incubated with fluA, IFN-γ was produced by both CD56dim and CD56bright subsets of NK cells, as well as by fluA-specific T cells. Purified NK cells did not produce IFN-γ in response to fluA, while depletion of T lymphocytes reduced to background levels the fluA-induced IFN-γ production by NK cells, which indicates that T cells are required for the IFN-γ response of NK cells. The fluA-induced IFN-γ production of NK cells was suppressed by anti–IL-2 Ab, while recombinant IL-2 replaced the helper function of T cells for IFN-γ production by NK cells. This indicates that IL-2 produced by fluA-specific T cells is involved in the T cell–dependent IFN-γ response of NK cells to fluA. Taken together, these results suggest that at an early stage of recurrent viral infection, NK-mediated innate immunity to the virus is enhanced by preexisting virus-specific T cells. 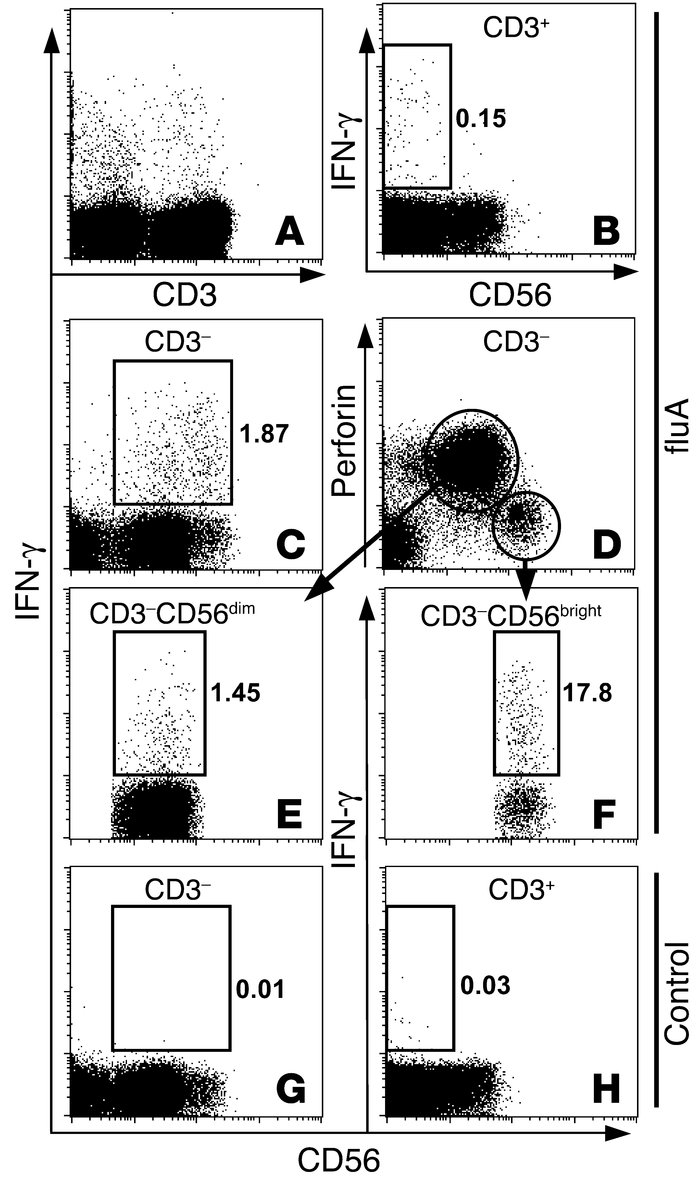