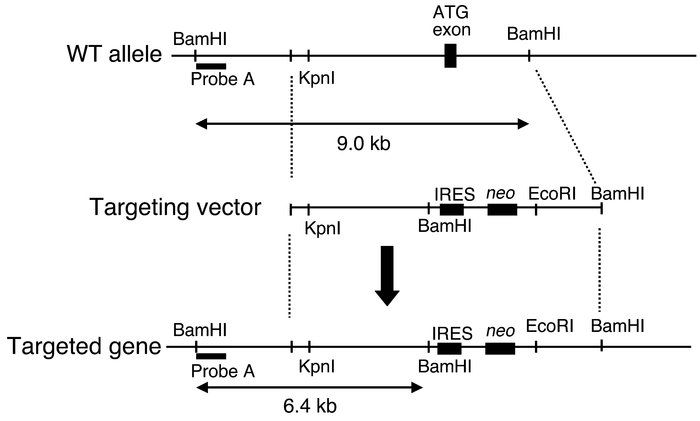 Targeted deletion of in mice. The wild-type allele, the targeting vector, and the targeted allele after homologous recombination are shown. Probe A is a DNA fragment used for Southern blot analysis of BamHI-digested genomic DNA from ES cells; the wild-type and mutant alleles give rise to 9.0- and 6.4-kb hybridizing fragments, respectively.