Concerted activation of different voltage-gated Ca2+ channel isoforms may determine the kinetics of insulin release from pancreatic islets. Here we have elucidated the role of R-type CaV2.3 channels in that process. A 20% reduction in glucose-evoked insulin secretion was observed in CaV2.3-knockout (CaV2.3–/–) islets, close to the 17% inhibition by the R-type blocker SNX482 but much less than the 77% inhibition produced by the L-type Ca2+ channel antagonist isradipine. Dynamic insulin-release measurements revealed that genetic or pharmacological CaV2.3 ablation strongly suppressed second-phase secretion, whereas first-phase secretion was unaffected, a result also observed in vivo. Suppression of the second phase coincided with an 18% reduction in oscillatory Ca2+ signaling and a 25% reduction in granule recruitment after completion of the initial exocytotic burst in single CaV2.3–/– β cells. CaV2.3 ablation also impaired glucose-mediated suppression of glucagon secretion in isolated islets (27% versus 58% in WT), an effect associated with coexpression of insulin and glucagon in a fraction of the islet cells in the CaV2.3–/– mouse. We propose a specific role for CaV2.3 Ca2+ channels in second-phase insulin release, that of mediating the Ca2+ entry needed for replenishment of the releasable pool of granules as well as islet cell differentiation. 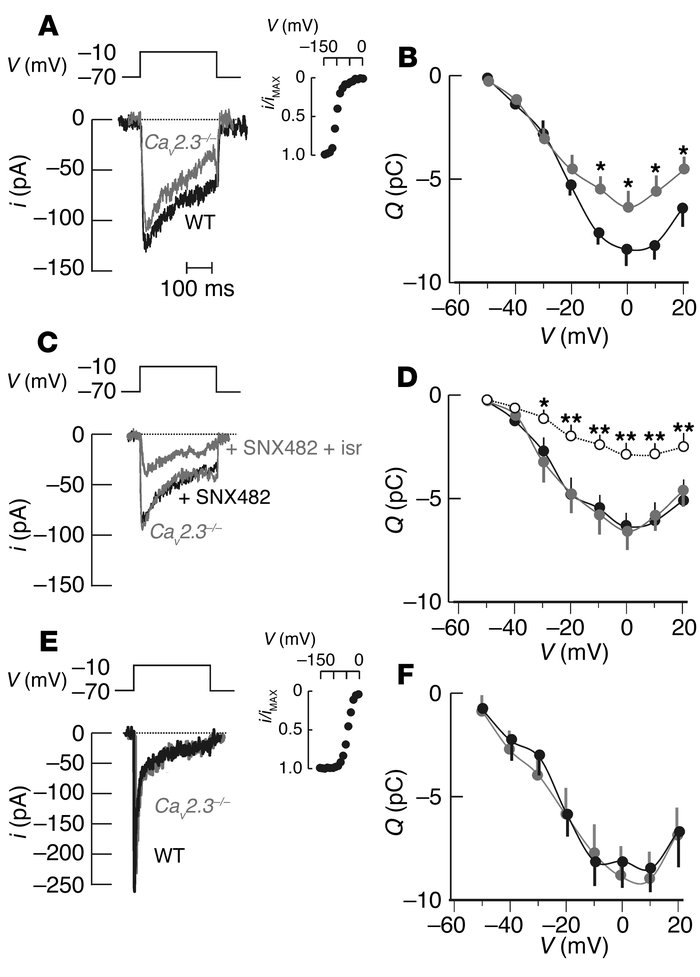