Malaria, the most prevalent and most pernicious parasitic disease of humans, is estimated to kill between one and two million people, mainly children, each year. Resistance has emerged to all classes of antimalarial drugs except the artemisinins and is responsible for a recent increase in malaria-related mortality, particularly in Africa. The de novo emergence of resistance can be prevented by the use of antimalarial drug combinations. Artemisinin-derivative combinations are particularly effective, since they act rapidly and are well tolerated and highly effective. Widespread use of these drugs could roll back malaria. 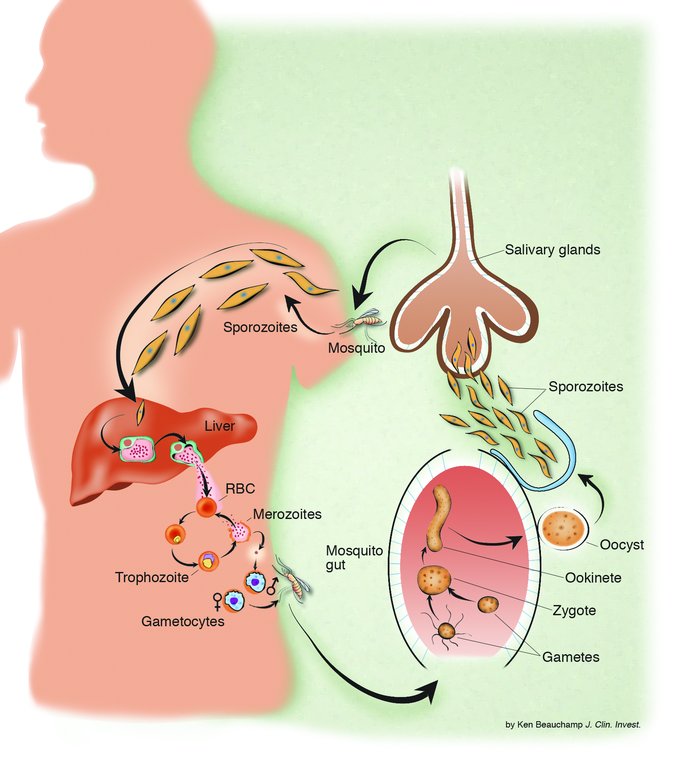 The life cycle of malaria parasites in the human host and anopheline mosquito vector.