Angiotensin I–converting enzyme (ACE) inhibitors are thought to lower blood pressure in hypertensive patients, mainly by decreasing angiotensin II (Ang II) formation. Chymase, a human mast cell protease, has recently been proposed to play a role in blood pressure regulation because of its Ang II–forming activity. Here we show that the predominant chymase mRNA species in the mouse aorta are those for types 4 and 5 isoforms, and that both are efficient Ang II–forming enzymes. Evaluation of ACE-dependent and ACE-independent Ang II–forming pathways in mast cell–deficient (Kitw/Kitw-v) mice and their mast cell–sufficient littermate (MC+/+) controls revealed that, in contrast to the latter, Kitw/Kitw-v mice fail to express chymase mRNAs in the vasculature and have almost no ACE-independent Ang II–forming activity in either isolated blood vessels or homogenates. Moreover, in MC+/+ but not in Kitw/Kitw-v mice, a contribution of ACE-independent Ang II generation to blood pressure regulation was evident by a 1.6-fold greater maximal reduction in mean arterial pressure with acute ACE inhibition plus AT1 receptor blockade than with ACE inhibition alone. Thus, mast cells are the source of the vascular ACE-independent pathway, and the antihypertensive benefit of combining ACE inhibitor therapy with AT1 receptor antagonist therapy is most likely due to negation of chymase-catalyzed Ang II generation. 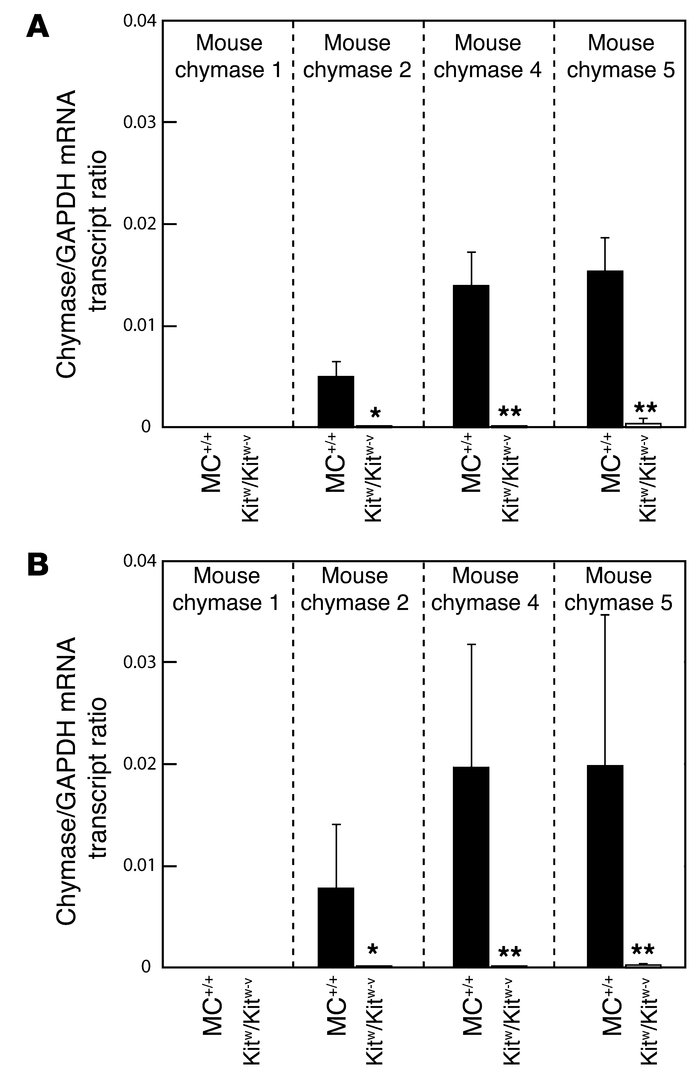