Duchenne muscular dystrophy (DMD) is a common X-linked disease characterized by widespread muscle damage that invariably leads to paralysis and death. There is currently no therapy for this disease. Here we report that a subpopulation of circulating cells expressing AC133, a well-characterized marker of hematopoietic stem cells, also expresses early myogenic markers. Freshly isolated, circulating AC133+ cells were induced to undergo myogenesis when cocultured with myogenic cells or exposed to Wnt-producing cells in vitro and when delivered in vivo through the arterial circulation or directly into the muscles of transgenic scid/mdx mice (which allow survival of human cells). Injected cells also localized under the basal lamina of host muscle fibers and expressed satellite cell markers such as M-cadherin and MYF5. Furthermore, functional tests of injected muscles revealed a substantial recovery of force after treatment. As these cells can be isolated from the blood, manipulated in vitro, and delivered through the circulation, they represent a possible tool for future cell therapy applications in DMD disease or other muscular dystrophies. 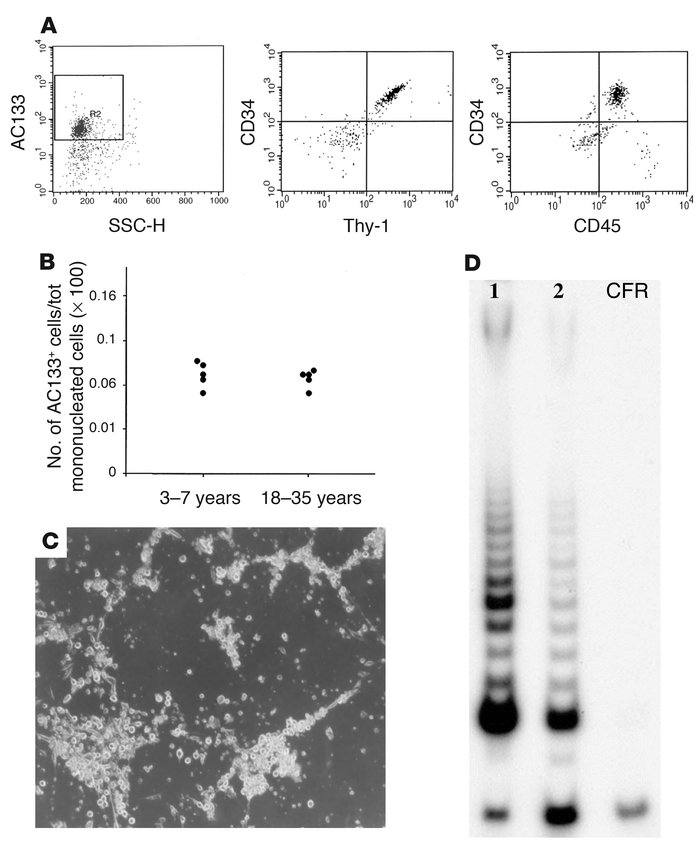