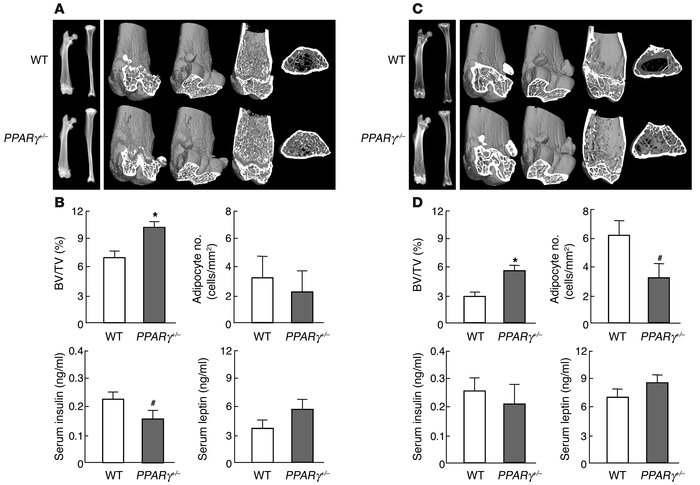 Radiological analysis and blood chemistry of heterozygous -deficient (+/–) and WT littermates at 8 weeks (A and B) and 52 weeks (C and D) of age. (A and C) Plain x-ray images of femora and tibiae (left) and three-dimensional CT images of distal femora (right) of representative +/– and WT littermates. (B and D) Trabecular BV expressed as percentage of total tissue volume (BV/TV [%]) at the distal femora was measured on the CT image. The number of adipocytes in the bone marrow, measured histologically, is shown here for collation with the BV/TV data. Insulin and leptin levels in serum taken just before the sacrifice were quantified using immunoassay kits. Data are expressed as means (bars) ± SEMs (error bars) for eight mice per group for +/– and WT mice. Significant difference from WT: * < 0.01, # < 0.05.