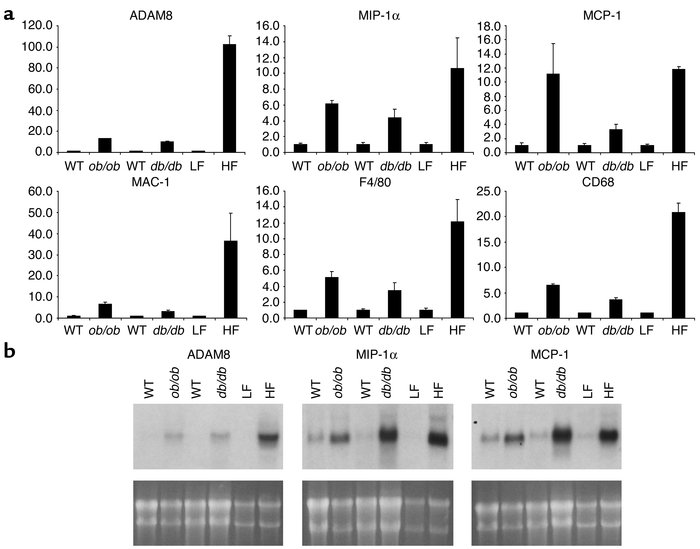 () The transcriptional regulation of inflammation genes in the WAT of mice with genetic or diet-induced obesity/diabetes by quantitative RT-PCR (TaqMan). For comparison, the expression level of these genes in lean mice was arbitrarily set at 1; error bars represent ± SE. LF, low fat (10% fat); HF, high fat (60% fat). and mice and appropriate controls ( = 5 per group) were obtained from The Jackson Laboratory, fed a standard chow diet (Farmer’s Exchange), and sacrificed at 15 weeks of age. DIO mice (C57BL/6J; The Jackson Laboratory) were obtained at 4 weeks of age and placed on the designated diet of 60% kcal from fat (Research Diets Inc.) for 16 weeks ( = 10 per group). axes show arbitrary units representing relative expression levels of mRNAs. () Confirmation of inflammation-gene regulation by Northern blot analysis. An independent set of animals from the same experiment was used.