The TNF-related apoptosis-inducing ligand (TRAIL) induces apoptosis of tumor cells but not most normal cells. Its role in hepatic cell death and hepatic diseases is not clear. In vitro studies suggest that murine hepatocytes are not sensitive to TRAIL-induced apoptosis, indicating that TRAIL may not mediate hepatic cell death. Using two experimental models of hepatitis, we found that hepatic cell death in vivo was dramatically reduced in TRAIL-deficient mice and mice treated with a blocking TRAIL receptor. Although both TRAIL and its death receptor 5 were constitutively expressed in the liver, TRAIL expression by immune cells alone was sufficient to restore the sensitivity of TRAIL-deficient mice to hepatitis. Thus, TRAIL plays a crucial role in hepatic cell death and hepatic inflammation. 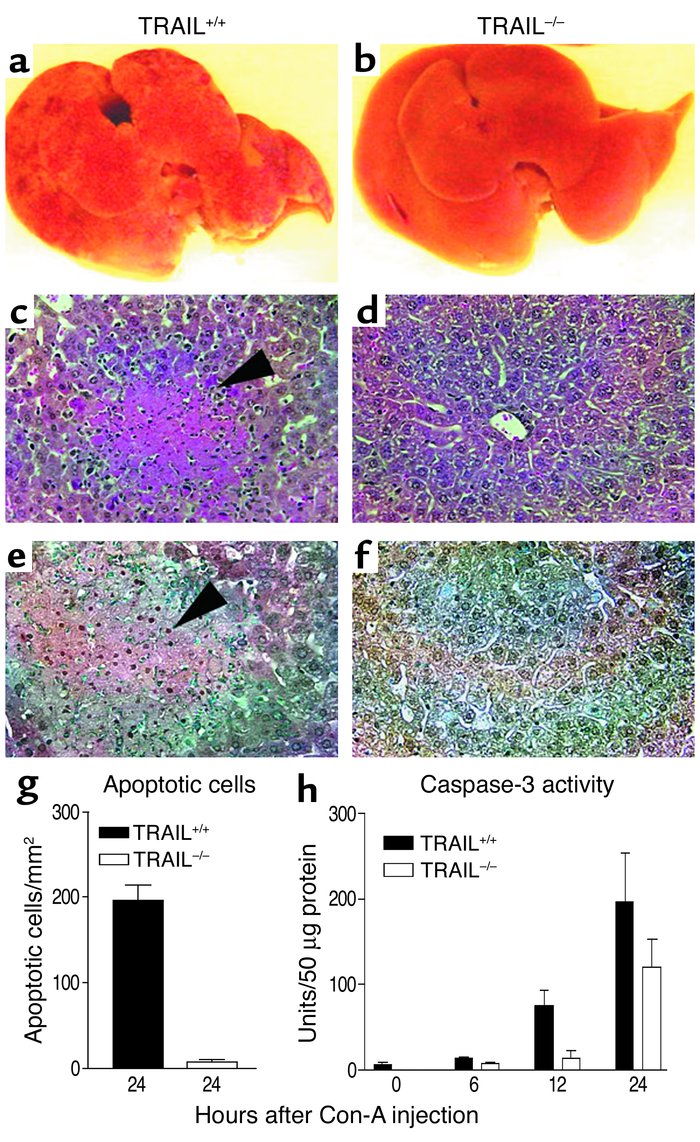