Parkinson disease (PD) is a neurodegenerative disorder characterized by a loss of the nigrostriatal dopaminergic neurons accompanied by a deficit in mitochondrial respiration. 1-Methyl-4-phenyl-1,2,3,6-tetrahydropyridine (MPTP) is a neurotoxin that causes dopaminergic neurodegeneration and a mitochondrial deficit reminiscent of PD. Here we show that the infusion of the ketone body D-β-hydroxybutyrate (DβHB) in mice confers partial protection against dopaminergic neurodegeneration and motor deficits induced by MPTP. These effects appear to be mediated by a complex II–dependent mechanism that leads to improved mitochondrial respiration and ATP production. Because of the safety record of ketone bodies in the treatment of epilepsy and their ability to penetrate the blood-brain barrier, DβHB may be a novel neuroprotective therapy for PD. 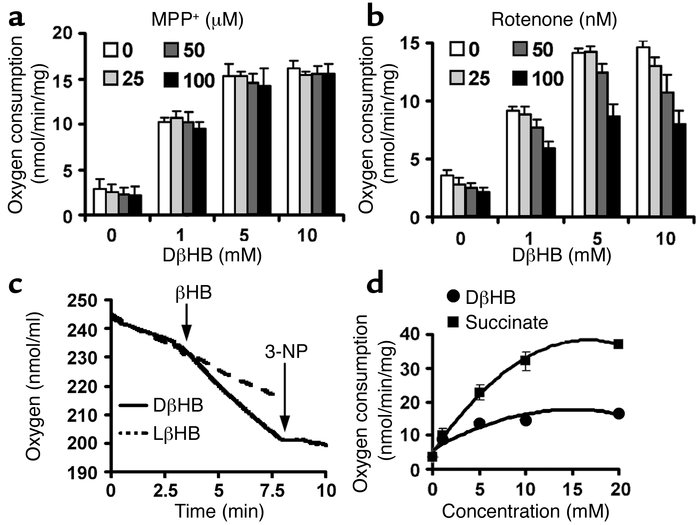