While the initiation of the adaptive and innate immune response is well understood, less is known about cellular mechanisms propagating inflammation. The receptor for advanced glycation end products (RAGE), a transmembrane receptor of the immunoglobulin superfamily, leads to perpetuated cell activation. Using novel animal models with defective or tissue-specific RAGE expression, we show that in these animal models RAGE does not play a role in the adaptive immune response. However, deletion of RAGE provides protection from the lethal effects of septic shock caused by cecal ligation and puncture. Such protection is reversed by reconstitution of RAGE in endothelial and hematopoietic cells. These results indicate that the innate immune response is controlled by pattern-recognition receptors not only at the initiating steps but also at the phase of perpetuation. 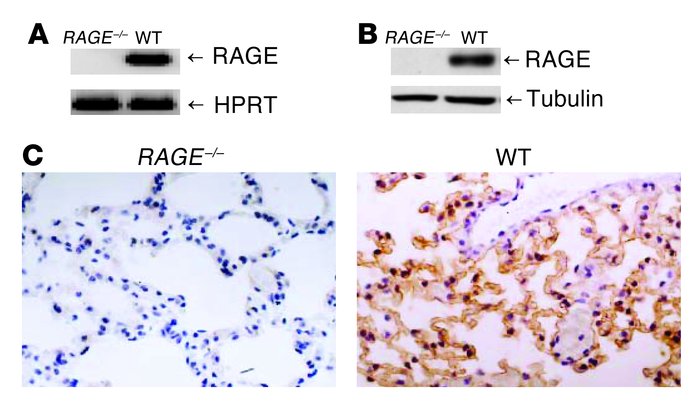