β-Adrenergic receptor (βAR) downregulation and desensitization are hallmarks of the failing heart. However, whether abnormalities in βAR function are mechanistically linked to the cause of heart failure is not known. We hypothesized that downregulation of cardiac βARs can be prevented through inhibition of PI3K activity within the receptor complex, because PI3K is necessary for βAR internalization. Here we show that in genetically modified mice, disrupting the recruitment of PI3K to agonist-activated βARs in vivo prevents receptor downregulation in response to chronic catecholamine administration and ameliorates the development of heart failure with pressure overload. Disruption of PI3K/βAR colocalization is required to preserve βAR signaling, since deletion of a single PI3K isoform (PI3Kγ knockout) is insufficient to prevent the recruitment of other PI3K isoforms and subsequent βAR downregulation with catecholamine stress. These data demonstrate a specific role for receptor-localized PI3K in the regulation of βAR turnover and show that abnormalities in βAR function are associated with the development of heart failure. Thus, a strategy that blocks the membrane translocation of PI3K and leads to the inhibition of βAR-localized PI3K activity represents a novel therapeutic approach to restore normal βAR signaling and preserve cardiac function in the pressure overloaded failing heart. 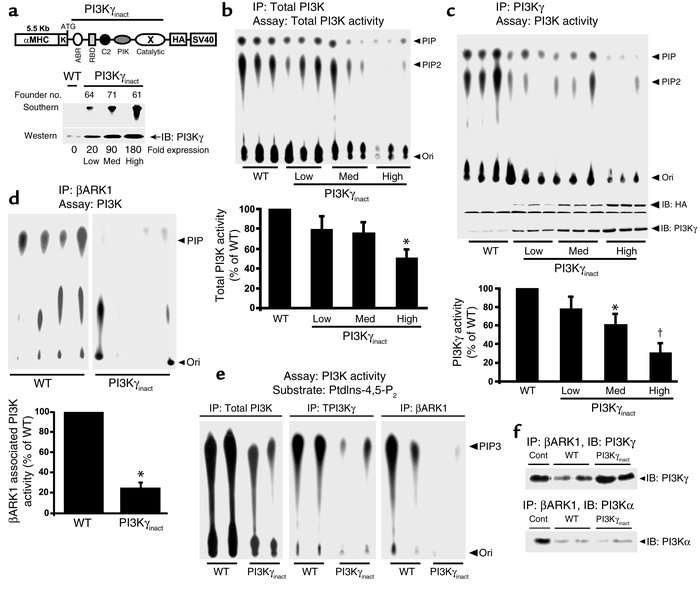