Activation of mammalian sterile 20–like kinase 1 (Mst1) by genotoxic compounds is known to stimulate apoptosis in some cell types. The importance of Mst1 in cell death caused by clinically relevant pathologic stimuli is unknown, however. In this study, we show that Mst1 is a prominent myelin basic protein kinase activated by proapoptotic stimuli in cardiac myocytes and that Mst1 causes cardiac myocyte apoptosis in vitro in a kinase activity–dependent manner. In vivo, cardiac-specific overexpression of Mst1 in transgenic mice results in activation of caspases, increased apoptosis, and dilated cardiomyopathy. Surprisingly, however, Mst1 prevents compensatory cardiac myocyte elongation or hypertrophy despite increased wall stress, thereby obscuring the use of the Frank-Starling mechanism, a fundamental mechanism by which the heart maintains cardiac output in response to increased mechanical load at the single myocyte level. Furthermore, Mst1 is activated by ischemia/reperfusion in the mouse heart in vivo. Suppression of endogenous Mst1 by cardiac-specific overexpression of dominant-negative Mst1 in transgenic mice prevents myocyte death by pathologic insults. These results show that Mst1 works as both an essential initiator of apoptosis and an inhibitor of hypertrophy in cardiac myocytes, resulting in a previously unrecognized form of cardiomyopathy. 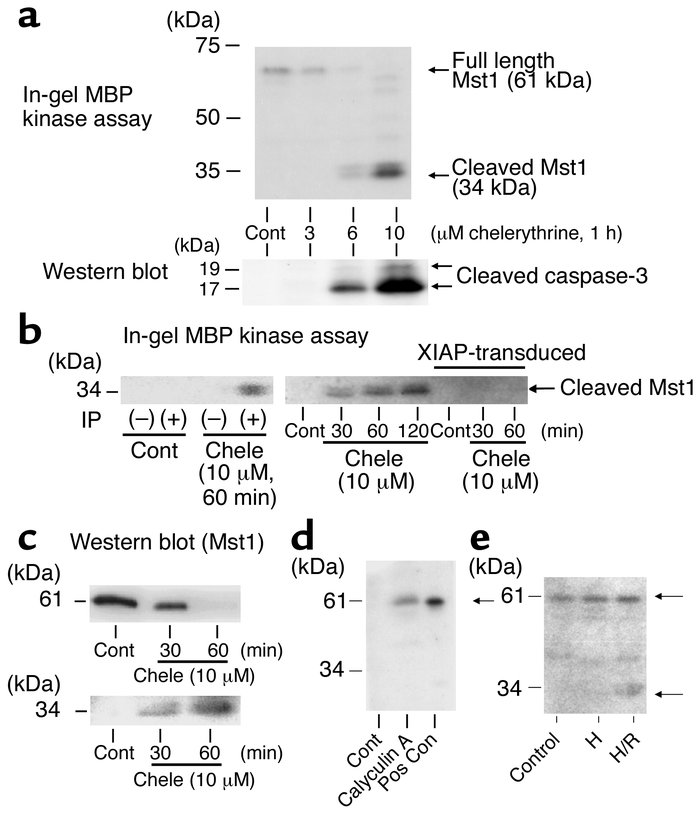