Insulin is a major target of the autoimmune response associated with destruction of pancreatic β cells in type 1 diabetes. A peptide that spans the junction of the insulin B chain and the connecting (C) peptide in proinsulin has been reported to stimulate T cells from humans at risk for type 1 diabetes and autoimmune diabetes–prone NOD mice. Here we show that proinsulin B24–C36 peptide binds to I-Ag7, the MHC class II molecule of the NOD mouse, and, after intranasal administration, induces regulatory CD4+ T cells that, in the absence of CD8+ T cells, block the adoptive transfer of diabetes. Curiously, however, intranasal B24–C36 did not inhibit development of spontaneous diabetes in treated mice. We then determined that B24–C36, and its core sequence B25–C34, bind to Kd, the NOD mouse MHC class I molecule, and elicit CD8+ CTLs. When the CD8+ T lymphocyte epitope was truncated at the C34 valine anchor residue for binding to Kd, the residual CD4+ T cell epitope, B24–C32/33, significantly inhibited diabetes development after a single intranasal dose. This study identifies a novel CTL epitope in proinsulin and demonstrates that the therapeutic potential of a “tolerogenic” autoantigen peptide can be compromised by the presence of an integral CTL epitope. 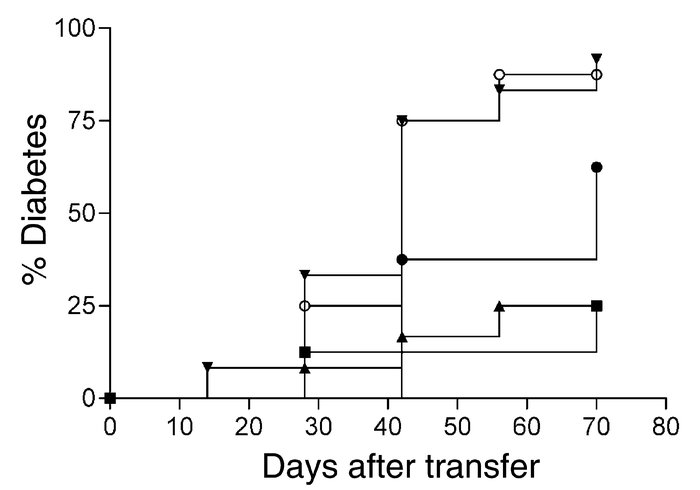