IL-13 is an important mediator of inflammation and remodeling. We hypothesized that adenosine accumulation, alterations in adenosine receptors, and adenosine–IL-13 autoinduction are critical events in IL-13–induced pathologies. To test this, we characterized the effects of IL-13 overexpression on the levels of adenosine, adenosine deaminase (ADA) activity, and adenosine receptors in the murine lung. We also determined whether adenosine induced IL-13 in lungs from ADA-null mice. IL-13 induced an inflammatory and remodeling response that caused respiratory failure and death. During this response, IL-13 caused a progressive increase in adenosine accumulation, inhibited ADA activity and mRNA accumulation, and augmented the expression of the A1, A2B, and A3 but not the A2A adenosine receptors. ADA enzyme therapy diminished the IL-13–induced increase in adenosine, inhibited IL-13–induced inflammation, chemokine elaboration, fibrosis, and alveolar destruction, and prolonged the survival of IL-13–transgenic animals. In addition, IL-13 was strongly induced by adenosine in ADA-null mice. These findings demonstrate that adenosine and adenosine signaling contribute to and influence the severity of IL-13–induced tissue responses. They also demonstrate that IL-13 and adenosine stimulate one another in an amplification pathway that may contribute to the nature, severity, progression, and/or chronicity of IL-13 and/or Th2-mediated disorders. 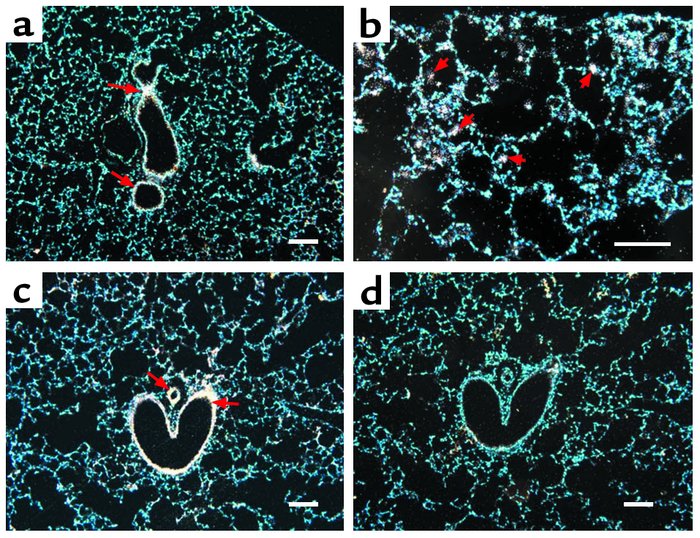