Endothelial lipase (EL) is a recently discovered member of the lipoprotein lipase gene family that hydrolyzes HDL phospholipids ex vivo and reduces HDL cholesterol (HDL-C) levels when overexpressed in vivo in mice. To gain further insight into the physiological role of EL in the metabolism of HDL in vivo, studies were performed in which EL was inhibited in wild-type, hepatic lipase knockout (HL–/–), and human apoA-I transgenic mice by intravenous infusion of a polyclonal antibody inhibitory to murine EL. As compared with infusion of a control antibody, infusion of the inhibitory antibody resulted in a 25–60% increase in HDL-C levels in the three mouse models, with the peak HDL-C levels occurring at 48 hours after injection. Inhibition of EL also generated larger HDL particles in the HL–/– mice. The clearance of HDL phospholipid was significantly slower in human apoA-I transgenic mice injected with an antibody against murine EL (mEL) than in mice injected with a control antibody. We conclude that inhibition of EL results in increased HDL-C levels and that EL is an important enzyme in the physiological regulation of HDL metabolism. 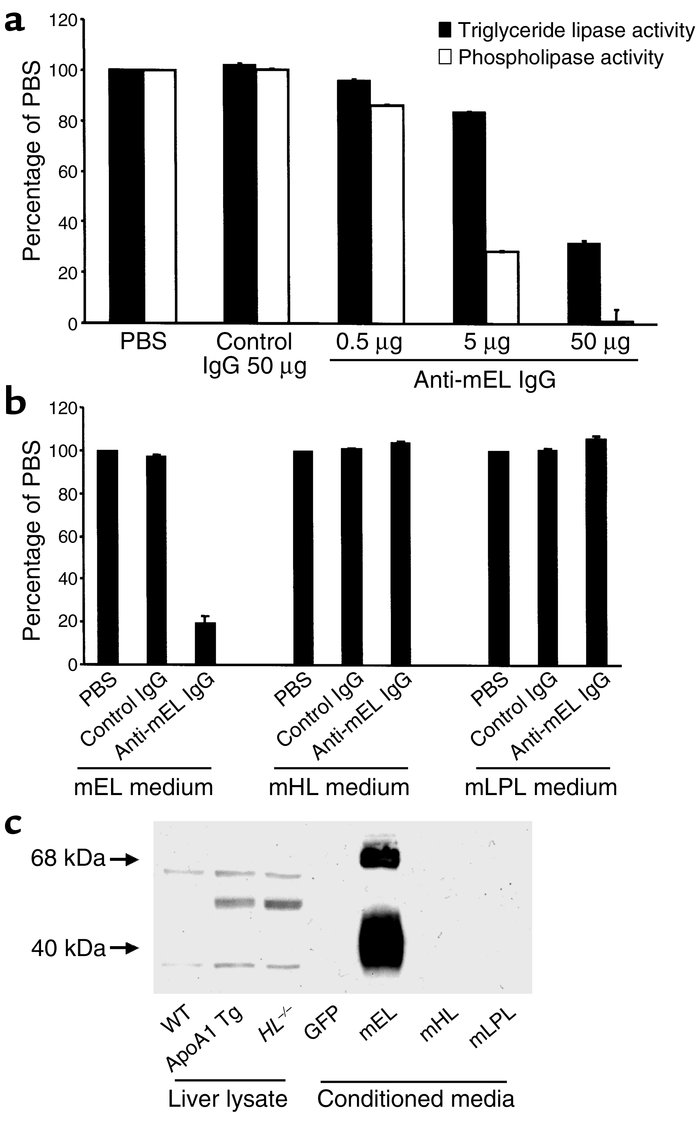