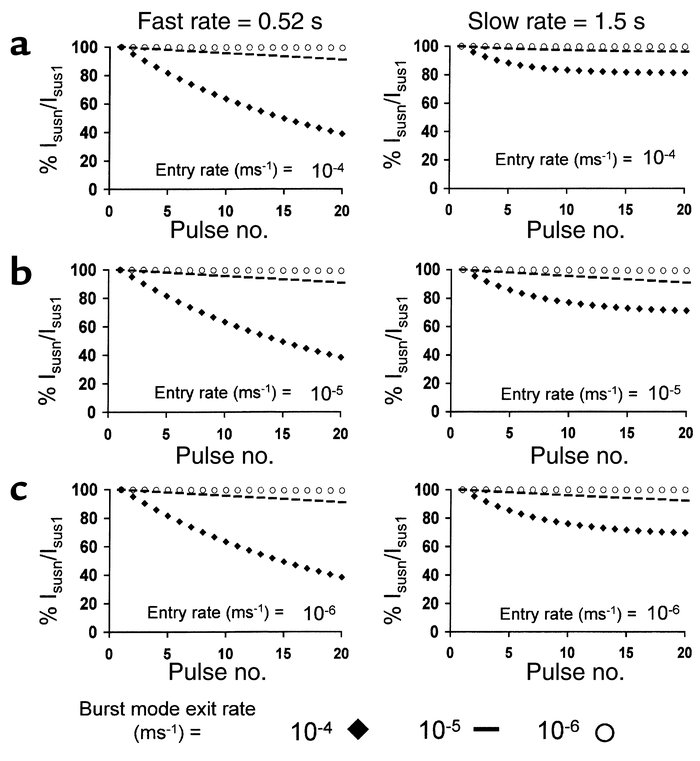 Simulations predict that the burst mode dwell time, rather than latency to burst, determines the stimulation-rate dependence of sus. The figure illustrates the effect on sus of changing the burst mode exit rates (open circles, 10–6 ms–1; dashes, 10–5 ms–1; filled diamonds, 10–4 ms–1) with fixed entry rates. In each panel, computations are shown for fast (interpulse interval, 20 milliseconds, left) and slow (interpulse interval, 1 second, right) stimulation rates (protocol described in Figure legend). sus at the end of each depolarization pulse (susn) is plotted as a percentage of sus at the end of the first pulse (sus1). The pulse-dependent reduction of sus for each burst mode exit rate is unchanged regardless of the fixed entry rate (10–4 ms–1 in , 10–5 ms–1 in , and 10-6 ms–1 in ).