Shear stress is an important regulator of blood flow, and luminal endothelial cells (ECs) sense increases in frictional forces and respond with an appropriate release of vasoactive mediators. In this issue of the JCI, Jin et al. identified a mechanism by which ECs respond to shear stress with endothelial NOS (eNOS) activation and NO release. The authors showed that PKN2 was activated by fluid shear stress and contributed to eNOS activation via a double play — indirect phosphorylation at serine 1177 (S1177) via AKT and direct phosphorylation of the S1179 site. Phosphorylation of both sites individually increased eNOS activity, but together they had an additive effect. In sum, these findings reveal exciting details about how shear stress regulates eNOS and have important implications for blood flow and blood pressure.

Mechanisms that regulate shear stress signaling and eNOS in ECs. 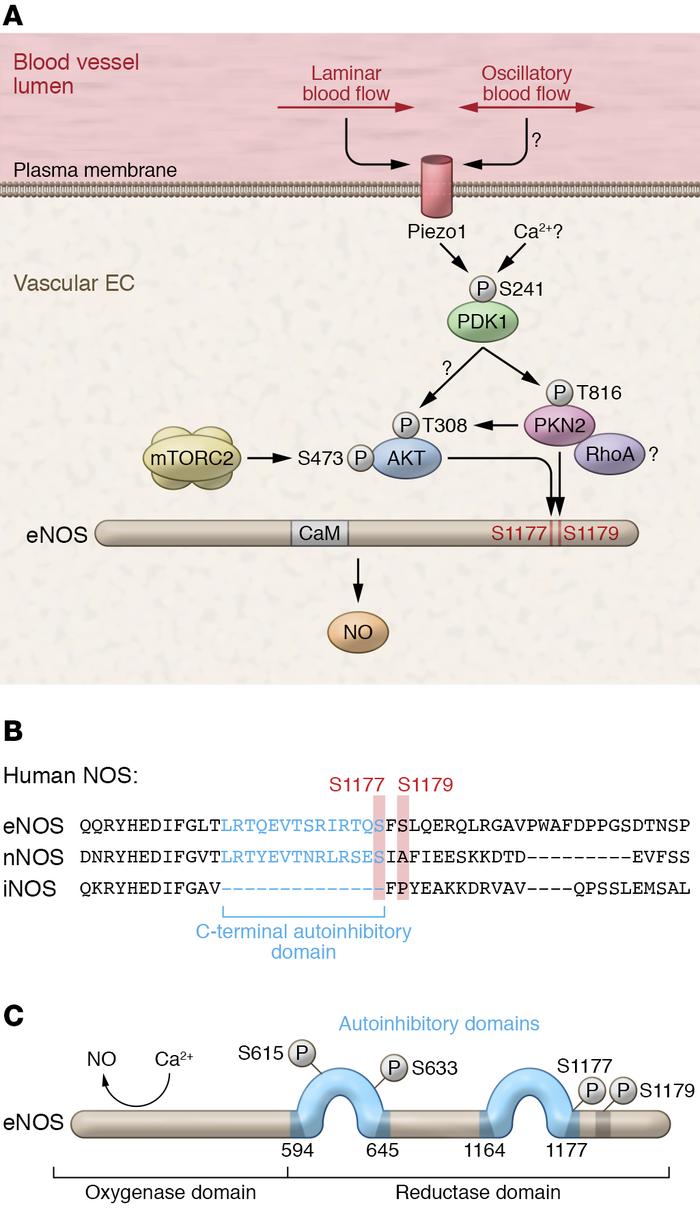