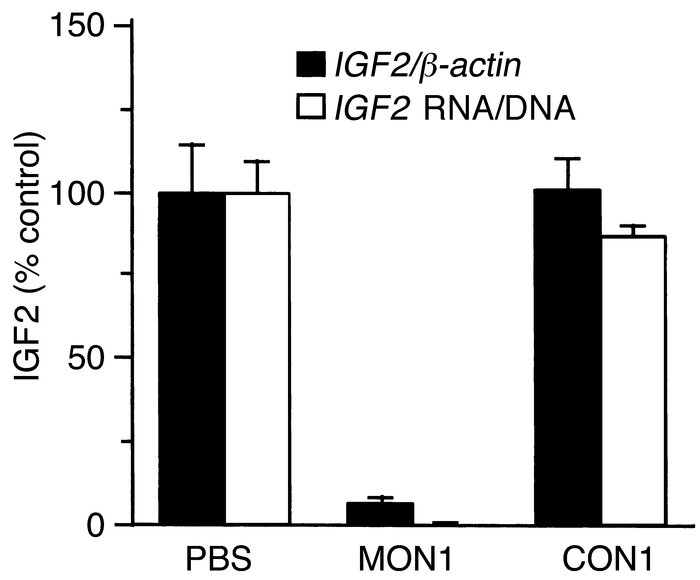 expression in human HSK 09 cells treated with the methylated oligonucleotide MON1, as assessed by RT-PCR. mRNA abundance was normalized by comparing its density with that of either IGF2 genomic DNA or an internal control, β-actin.