Overload of pancreatic β cells in conditions such as hyperglycemia, obesity, and long-term treatment with sulfonylureas leads to β cell exhaustion and type 2 diabetes. Because β cell mass declines under these conditions, apparently as a result of apoptosis, we speculated that overload kills β cells as a result of endoplasmic reticulum (ER) stress. The Akita mouse, which carries a conformation-altering missense mutation (Cys96Tyr) in Insulin 2, likewise exhibits hyperglycemia and a reduced β cell mass. In the development of diabetes in Akita mice, mRNAs for the ER chaperone Bip and the ER stress–associated apoptosis factor Chop were induced in the pancreas. Overexpression of the mutant insulin in mouse MIN6 β cells induced Chop expression and led to apoptosis. Targeted disruption of the Chop gene delayed the onset of diabetes in heterozygous Akita mice by 8–10 weeks. We conclude that ER overload in β cells causes ER stress and leads to apoptosis via Chop induction. Our findings suggest a new therapeutic approach for preventing the onset of diabetes by inhibiting Chop induction or by increasing chaperone capacity in the ER. 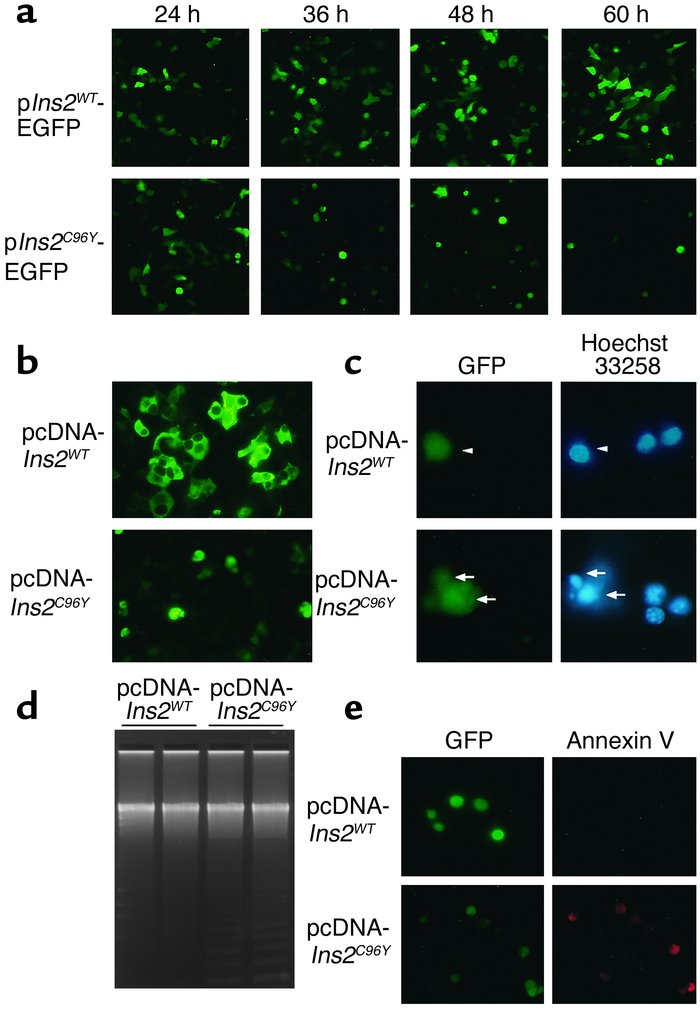