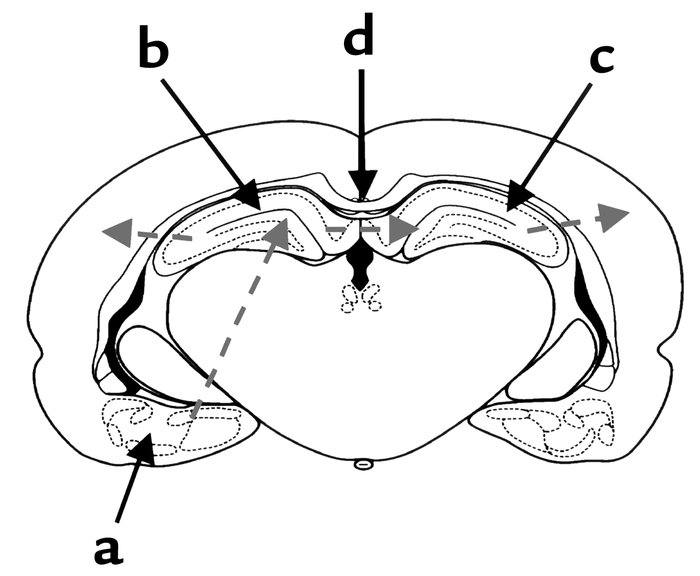 Model of KA-induced seizures in the limbic system. A diagram of a coronal section through the rat hippocampi and amygdaloid nuclei is shown. KA was injected into the amygdaloid nuclei (). Dashed arrows show the propagation of the abnormal electrical activity, originating in the amygdala, first to the ipsilateral () and then to the contralateral () hippocampus through the corpus callosum (). Neuroserpin or PBS was injected into the hippocampus ipsilateral to the amygdala injected with KA ().