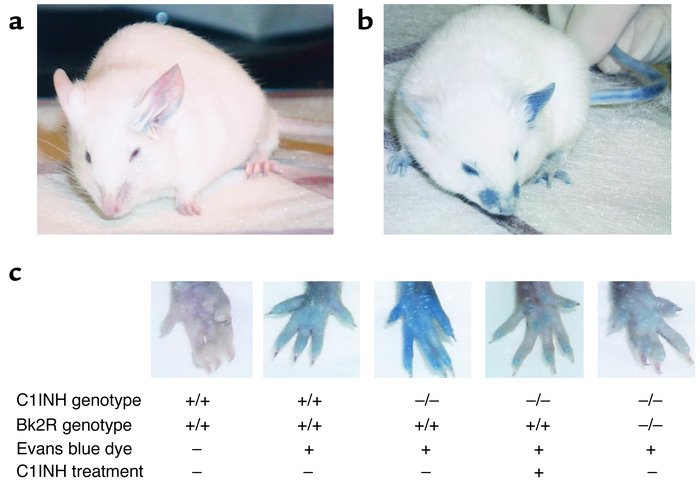 Analysis of vascular permeability. Extravasation of Evans blue dye at 15–30 minutes was much more extensive in C1INH-deficient mice () than in wild-type mice (), particularly after the application of mustard oil to the left ears of the mice. () The difference in the amount of extravasation was clearly demonstrated by the rear footpads of mice of each genotype. Administration of human C1INH resulted in reduced vascular permeability, as did the combination of Bk2R deficiency together with C1INH deficiency.