Immune mediation of aplastic anemia (AA) has been inferred from clinical responsiveness to immunosuppressive therapies and a large body of circumstantial laboratory evidence. However, neither the immune response nor the nature of the antigens recognized has been well characterized. We established a large number of CD4 and CD8 T cell clones from a patient with AA and analyzed their T cell receptor (TCR) usage. Most CD4 clones displayed BV5, whereas most CD8 clones displayed BV13. We found sequence identity for complementarity determining region 3 (CDR3) among a majority of CD4 clones; the same sequence was present in marrow lymphocytes from four other patients with AA but was not detected in controls. The dominant CD4 clone showed a Th1 secretion pattern, lysed autologous CD34 cells, and inhibited their hematopoietic colony formation. In three of four patients, successful immunosuppressive treatment led to marked decrease in clones bearing the dominant CDR3 BV5 sequence. These results suggest surprisingly limited heterogeneity of the T cell repertoire in an individual patient and similarity at the molecular level of the likely pathological lymphocyte response among multiple patients with AA, consistent with recognition of limited numbers of antigens shared by individuals with the same HLA type in this disease. 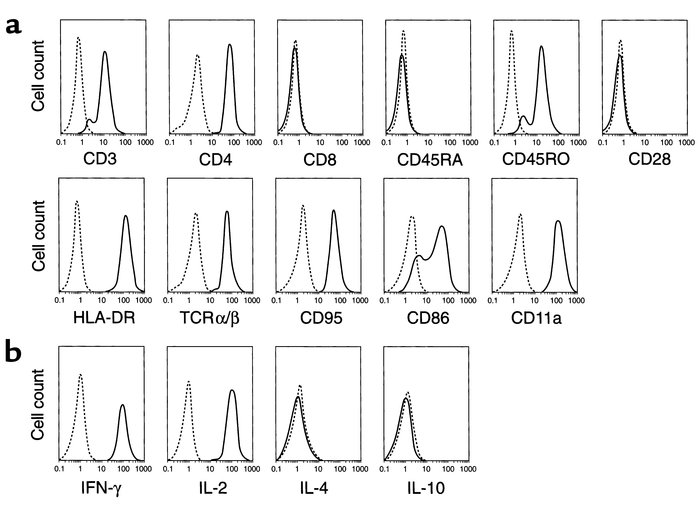