The lung is a specialized barrier organ that must tightly regulate interstitial fluid clearance and prevent infection in order to maintain effective gas exchange. Lymphatic vessels are important for these functions in other organs, but their roles in the lung have not been fully defined. In the present study, we evaluated how the lymphatic vasculature participates in lung homeostasis. Studies using mice carrying a lymphatic reporter allele revealed that, in contrast to other organs, lung lymphatic collecting vessels lack smooth muscle cells entirely, suggesting that forward lymph flow is highly dependent on movement and changes in pressure associated with respiration. Functional studies using C-type lectin domain family 2–deficient (CLEC2-deficient) mice in which lymph flow is impaired because of loss of lympho-venous hemostasis, or using inducible lung-specific ablation of lymphatic endothelial cells in a lung transplant model revealed that loss of lymphatic function leads to an inflammatory state characterized by the formation of tertiary lymphoid organs (TLOs). In addition, impaired lymphatic flow in mice resulted in hypoxia and features of lung injury that resembled emphysema. These findings reveal both a lung-specific mechanism of lymphatic physiology and a lung-specific consequence of lymphatic dysfunction that may contribute to chronic lung diseases that arise in association with TLO formation. 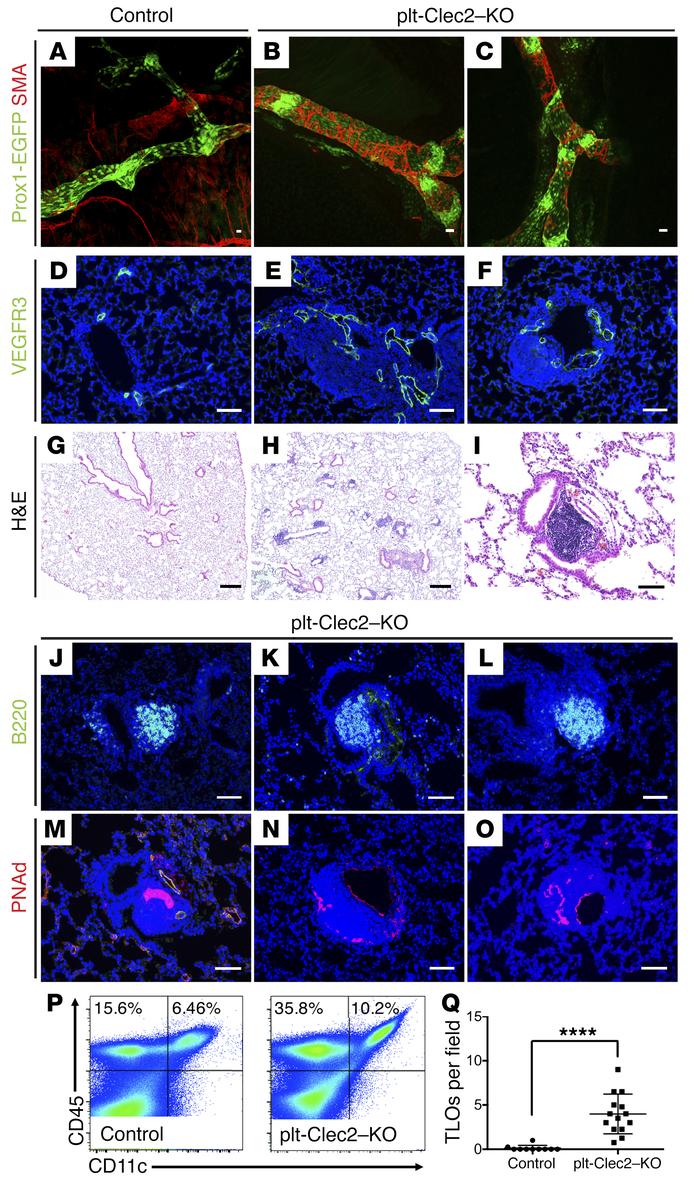